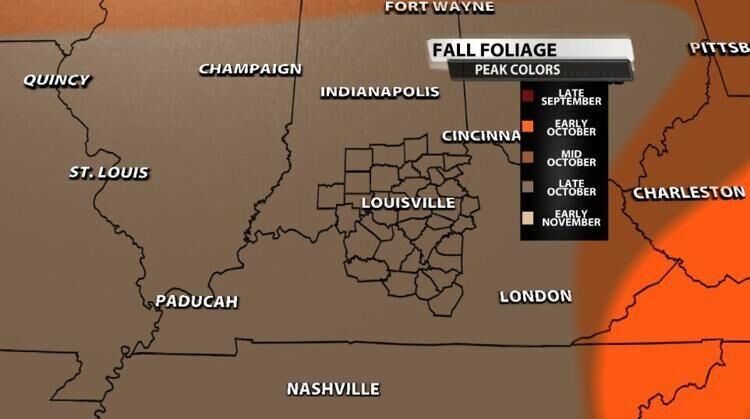 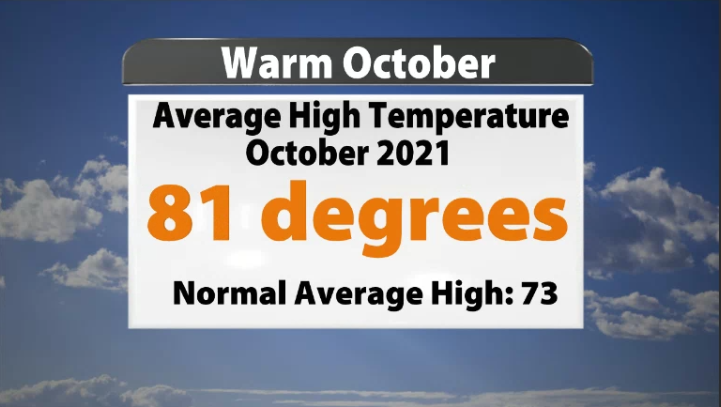 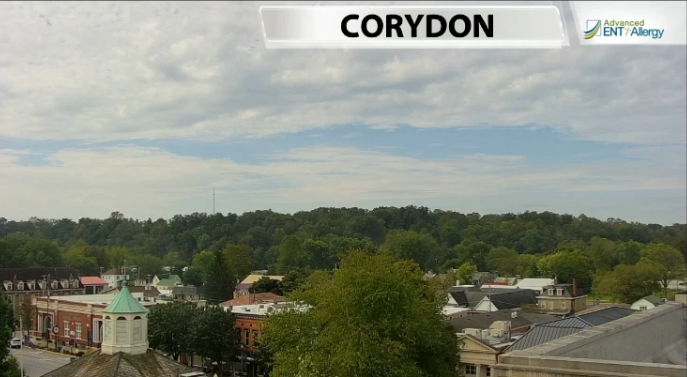 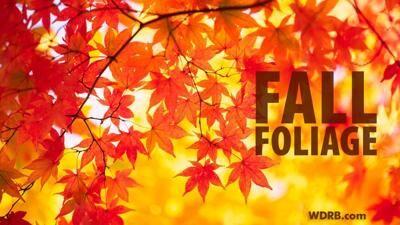 Fall brings in many great things that people absolutely love about the season and this time of the year. October is usually full of cooler temperatures, Halloween and Fall activities, and the changing of the colors of the leaves. That change of color is also known as Fall foliage. However, you probably have noticed that most trees around the area haven't really change colors much yet. You can even see that from our Corydon Towercam.

First, as a reminder, below is when the average peak of fall color occurs across Kentuckiana and other parts of the U.S. Notice how parts of the far northeast are already reaching their seasonal peak! Kentuckiana is quickly approaching our typical peak. Parts of Indiana are reaching their peak now. That line shifts further south through Kentucky by the end of the month and into the first week of November.

Why do leaves change colors?

A green leaf is green because of the presence of a pigment known as chlorophyll, which is inside an organelle called a chloroplast. When they are abundant in the leaf's cells, as they are during the growing season, the chlorophylls' green color dominates and masks out the colors of any other pigments that may be present in the leaf. Thus the leaves of summer are characteristically green.

In late summer, as daylight hours shorten and temperatures cool, the veins that carry fluids into and out of the leaf are gradually closed off as a layer of special cork cells forms at the base of each leaf. As this cork layer develops, water and mineral intake into the leaf is reduced, slowly at first, and then more rapidly. It is during this time that the chlorophyll begins to decrease.

The greatest influence to when the leaves change color is the length of night. As the nights get longer in fall, the leaves stop producing the chlorophyll. This allows the true colors of the leaves to start to show through. The longer nights begin the process of the leaves changing colors and ultimately falling off the trees.

Both temperature and moisture can also affect the brilliance of the fall foliage, in particular during late summer and early fall. Ideally we would like warm afternoons and crisp nights for the most brilliant fall displays. Temperatures have been running very high so far in Fall, however. In October alone, we have already seen an average high temperature of 81 degrees and an average low temperature of 64 degrees. To put in perspective, that means we are over 6 degrees warmer than the average high this time of year and over 10 degrees warmer than normal for the nighttime lows.

Although above-average heat is not the greatest influence for the color change in our leaves it can have a distinct impact on how brilliant the fall foliage becomes in comparison to some of our rainy and cooler late summers. It could also lead to a slightly later color change for our leaves. So, yes, expect a slight delay in peak foliage this year!

Trees and Their Colors

Below are a few common trees found in our area and what color their leaves will turn: