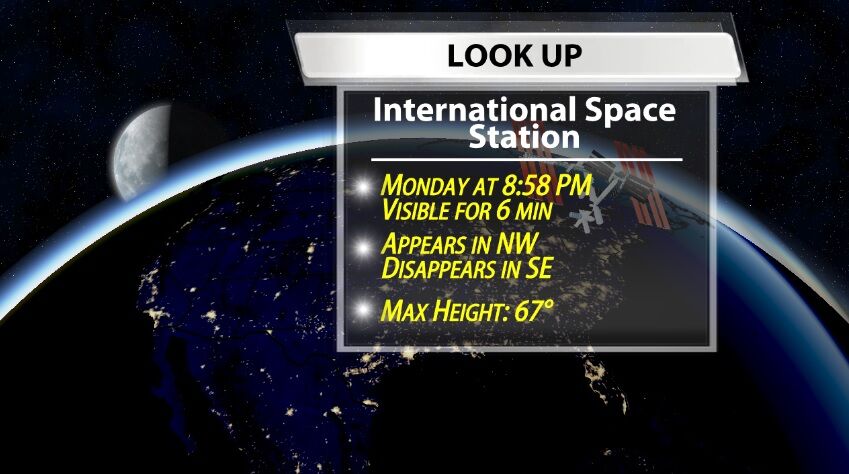 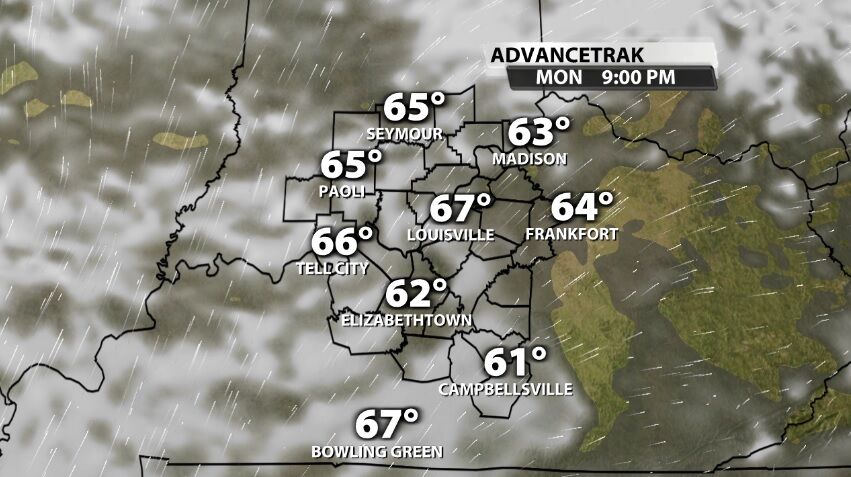 Tonight brings you another stellar chance to watch the International Space Station fly over our area.

The space station will become visible at 8:58 PM (Eastern), according to NASA's Spot the Station website. It will appear in the northwestern sky and be visible for six minutes before disappearing in the southeastern sky. As it crosses over our heads, it will reach a peak elevation about two-thirds of the way up the sky. If the ground is 0º and straight up above your head is 90º, the ISS will reach a maximum of 67º.

The weather should cooperate nicely! AdvanceTrak does show a few clouds moving in Monday night, but I think most of those should hold off til Tuesday morning. With temperatures still in the 60s at this point in the evening, this should be a great opportunity to step outside and look for the International Space Station. It will look like a bright, fast moving star, and you'll know it's not an airplane because the lights don't blink.