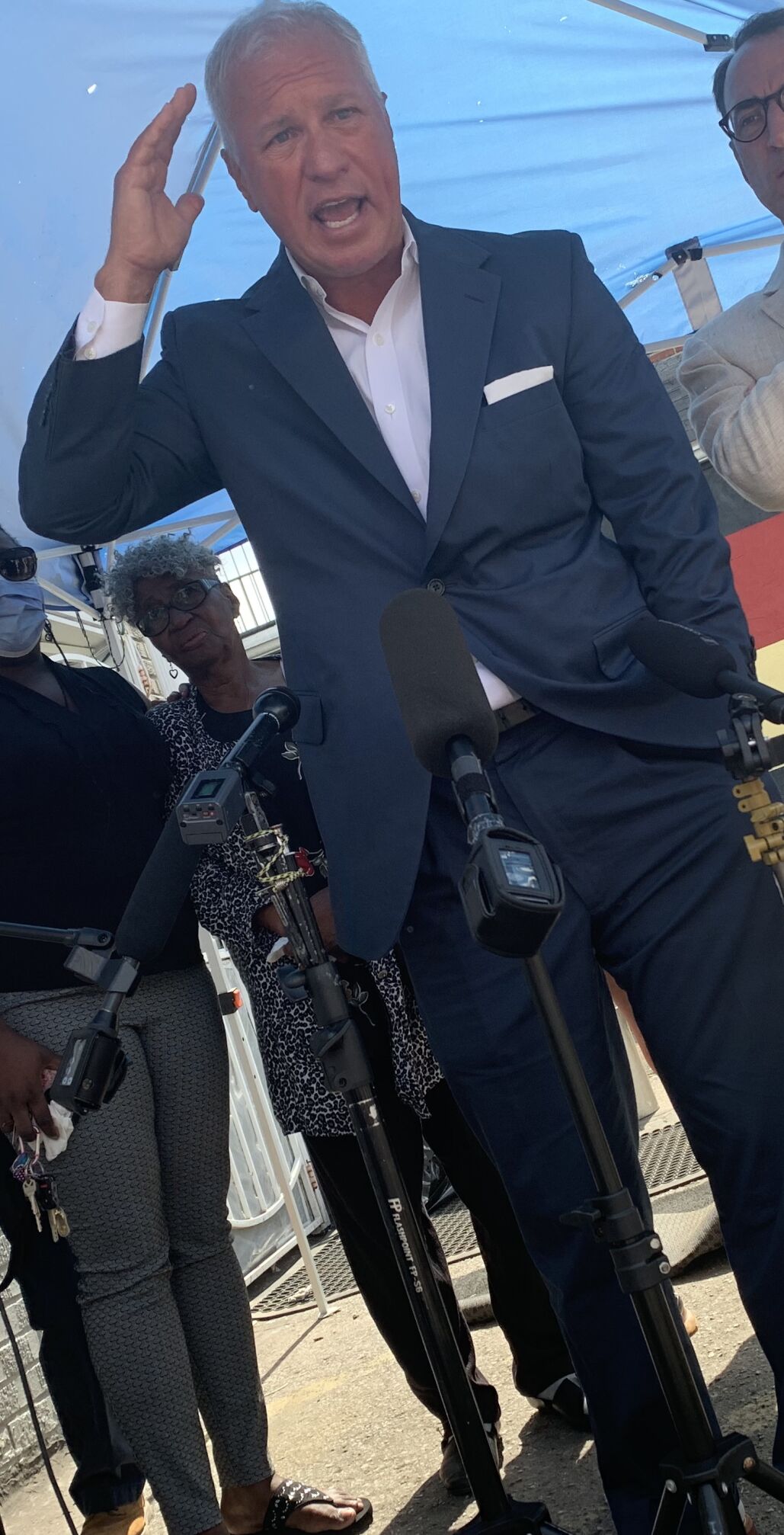 LOUISVILLE, Ky. (WDRB) – Kenneth Walker, the man who was with Breonna Taylor when Louisville police shot and killed her in her home, filed a lawsuit Tuesday alleging that he should have been spared from criminal prosecution under Kentucky’s "stand your ground" law.

Walker, who was accused of shooting an officer during the police raid, is suing state and city governments and 13 current or former Louisville Metro Police Department officers, as well as former LMPD Chief Steve Conrad, whom Mayor Greg Fischer fired in June.

Walker's attorneys argue that the state self-defense statute makes Kentuckians "immune" from arrest and other charges when they act to protect themselves.

"Kentuckians have no duty to retreat or submit to force," the lawsuit says, then quotes a 1931 state court case: "It is the tradition that a Kentuckian never runs. He does not have to."

Among other claims, the lawsuit accuses police and other authorities of making a false arrest; "malicious prosecution"; and negligence.

"Kenny continues to reel from the death of the love of his life, but he is also the victim and survivor of police misconduct – misconduct that threatens his freedom to this day," according to the lawsuit.

The suit, filed in Jefferson Circuit Court Tuesday by attorney Steve Romines, asks that Walker be immune from further prosecution in the case, as he is entitled to protection under state law, as well as a jury trial and unspecified monetary damages.

"Kenny, who has already sustained life-long trauma, still fears harm from those who consider him a danger and seek to take away his freedom again," according to the suit.

The city and police department do not typically comment on pending litigation.

Walker was dating Taylor and with her after midnight on March 13 when police raided her apartment on Springfield Drive near Pleasure Ridge Park. Walker, a licensed gun owner, told police he fired one shot when he believed intruders had burst into the home.

He allegedly struck Officer Jonathan Mattingly once in the leg.

But in a press conference on Tuesday, Walker attorney Steve Romines said it was "much more likely" that police accidentally shot Mattingly, saying officers fired more than 30 rounds.

Walker spoke briefly during the press conference, saying he "would never knowingly shoot a police officer. Breonna and I did not know who was banging on the door, but the police know what they did. The charges brought against me were meant to silence me and cover up Breonna's murder. For her and those that I love, I can no longer remain silent."

Taylor, a 26-year-old emergency room tech, was hit five times and died inside the unit.

"After the shooting, Kenny sat on the floor with Breonna as she bled to death," according to the suit.

Police had received approval for a "no-knock" warrant on March 12 but claim they knocked and announced their presence before using a battering ram to enter the apartment.

Mattingly told investigators that police spent 45 seconds to 1 minute knocking on the door, or "more than enough time for the average person, or even a disabled person, to get to the door in a small apartment."

But, the lawsuit claims officers "did not clearly and verbally announce themselves as law enforcement having a search warrant in a manner than could be heard by the occupants of the apartment."

And the lawsuit alleges that police included "materially false, incorrect, inaccurate, and stale information supported by boilerplate text" in the search warrant affidavit.

For example, police said that "drug traffickers" may live in the home and could attempt to destroy evidence, have cameras on the location or flee from police.

Romines wrote in the suit that Walker and Taylor were in bed watching a movie and Breonna fell asleep when he heard a "loud boom" at the door.

The lawsuit claims the couple repeatedly asked who was at the door and received no answer. Police have said they announced their presence. The officers were not wearing body cameras, police have said.

When the door flew open, "Kenny immediately reacted by firing a single shot to scare away the intruder or intruders," the suit says.

Walker initially was charged with murder of a police officer; the charge was amended to attempted murder of an officer, according to the lawsuit. Jefferson Commonwealth's Attorney Tom Wine later dismissed the charge but has not ruled out re-charging Walker in the future.

Walker, the lawsuit claims, is "the victim of life-long trauma after witnessing the death of the love of his life, lives in constant fear of those who label him a 'threat to the men and women of law enforcement,' a 'significant danger to the community,' and want to arrest, detain, charge, or prosecute him again."