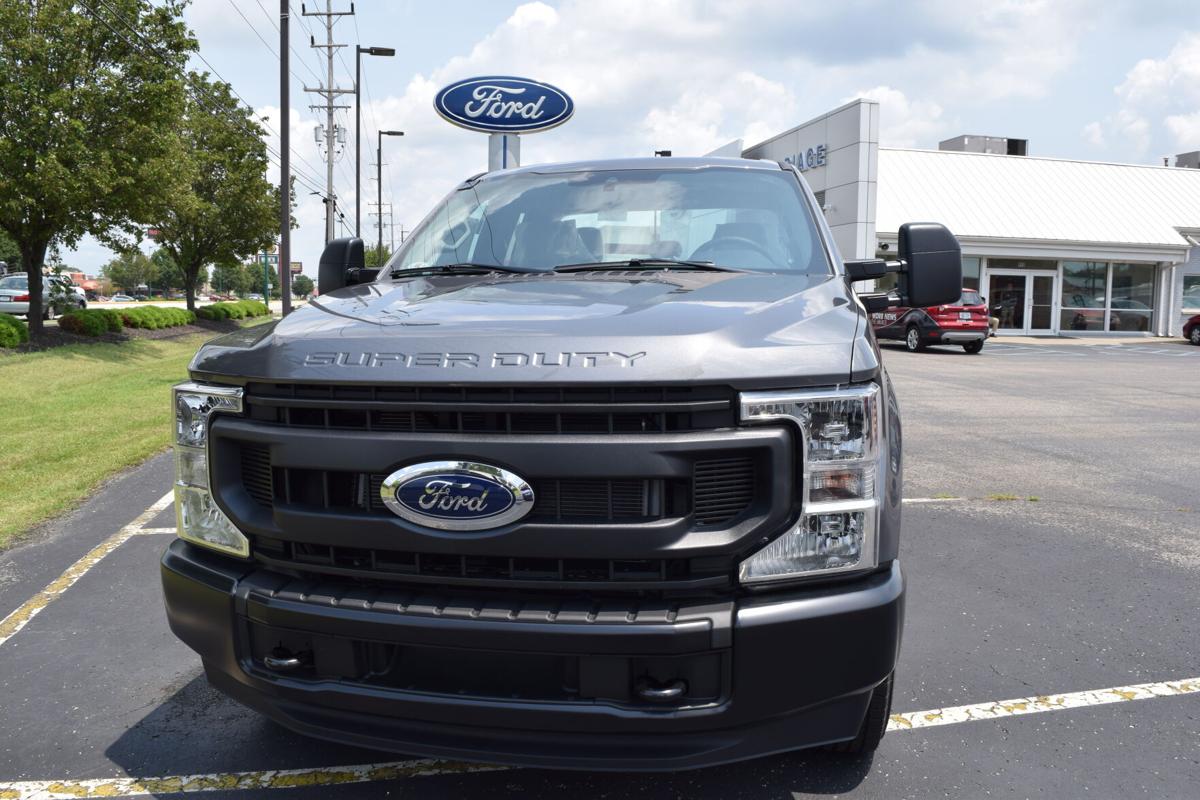 A Ford Super Duty truck on the lot at Carriage Ford in Clarksville, Ind. July 14, 2021. 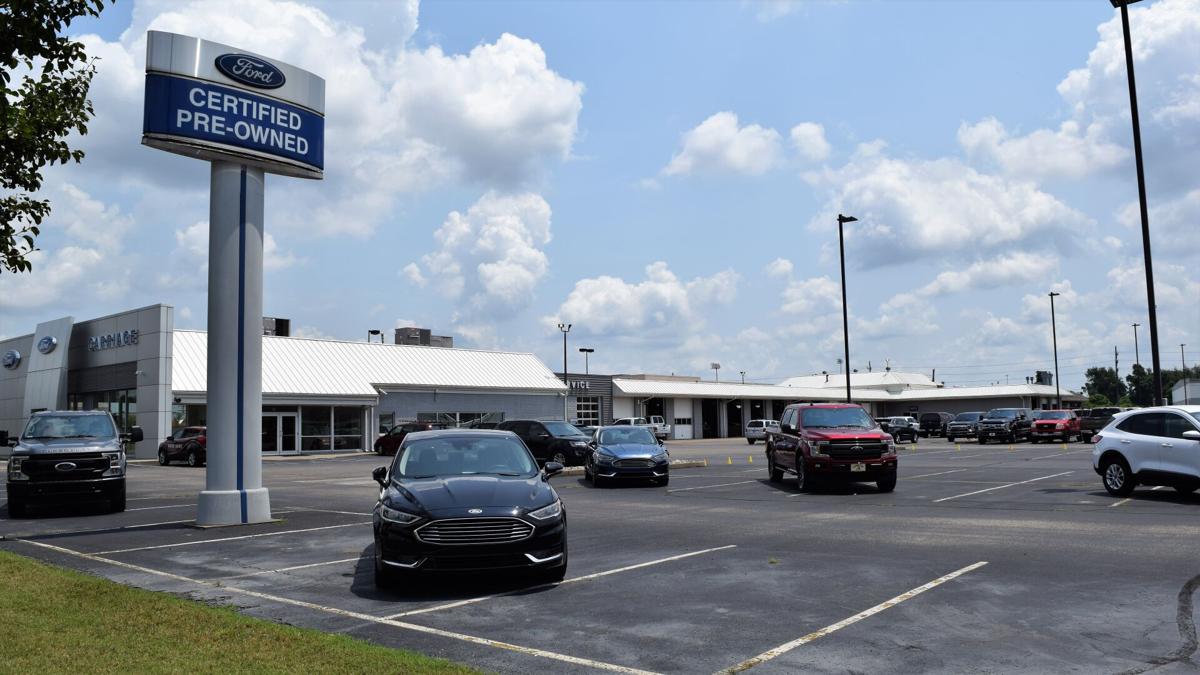 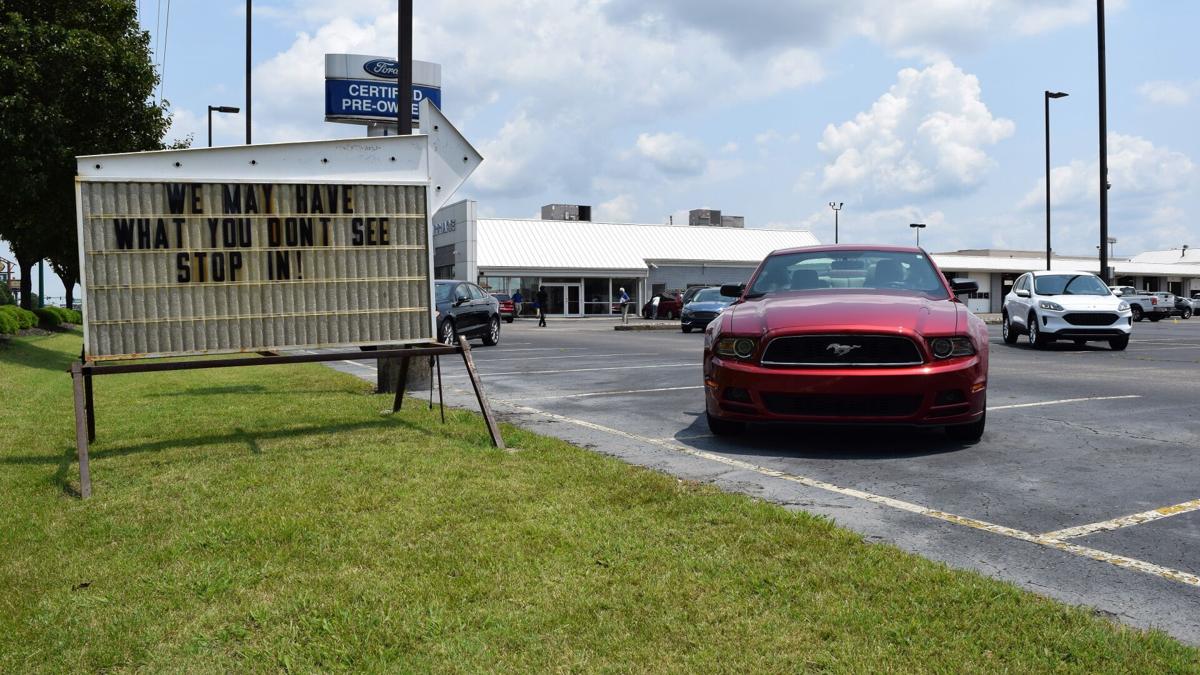 A Ford Super Duty truck on the lot at Carriage Ford in Clarksville, Ind. July 14, 2021.

LOUISVILLE, Ky. (WDRB) – Ford Motor Co. is weighing a novel approach to delivering new vehicles amid the global shortage of computer chips: using their dealers to finalize the manufacture of trucks and SUVs as semiconductors become available.

The Detroit automaker has approached dealers in recent days with the idea of delivering all-but finished vehicles to dealerships, multiple dealers confirmed to WDRB News. The vehicles would sit on dealer lots until a final part of group of parts can be installed by dealer service technicians.

“It’s supposed to be really easy to install these computer chips. And so, once that happens, then the car can go down the road,” said Marty Book, dealer-principal at Carriage Ford in Clarksville, Indiana.

Ford spokeswoman Kelli Felker said the company is "exploring a number of different options as we get to work to get our customers and dealers their new vehicles as quickly as possible."

If Ford follows through with idea, it would be up to dealers whether to participate, including training their technicians to install the parts.

Book would jump at the chance to have more new vehicles to show customers, even if a sale can’t be completed until those vehicles are finalized, he said. Dealers are already trying to persuade customers to order vehicles they can’t see in person or test drive, he said.

“They may have to come and visit it on Sunday and have coffee with it, but at least it will be here until those conductors get here,” he said.

The shortage of semiconductors – which are needed in all sorts computerized components of new vehicles – may cost car manufacturers worldwide 6 million vehicles in 2021, including nearly 2 million units lost in North America, according to consulting firm AutoForecast Solutions LLC.

At a time of rising demand during the recovery from the pandemic, new car inventory in the U.S. was 57% lower at the end of June than a year earlier and 70% lower than the same time in 2019, according to Cox Automotive.

That’s left dealers like Carriage Ford with a fraction of their normal stock of new vehicles, and sent used-car prices soaring by 45% from a year earlier, according to a U.S. inflation index.

Trying to maintain their output, Ford, GM and other automakers have been stacking up nearly finished vehicles in parking lots around their factories in Kentucky, Michigan and other states.

Big trucks made at Ford’s Kentucky Truck Plant in eastern Jefferson County have been spotted as far as 53 miles away at the Kentucky Speedway.

In addition to giving dealers more cars to show customers, stashing those nearly finished vehicles at dealerships could streamline the manufacturing process when the chip shortage abates and carmakers go into overdrive to make up for lost time, said Kristin Dziczek, vice president at the Center for Automotive Research in Ann Arbor, Mich.

Otherwise, automakers would have to dedicate plant workers to working on the vehicles – taking time away from plants – or bring the vehicles back to their plants.

“Everyone is trying every possible way to get those vehicles done and in showrooms and in customers’ hands,” Dziczek told WDRB News.

Dziczek said she can’t recall dealers being involved the manufacturing of vehicles, but, “We are in very unusual times right now.”

“You’re driving by, they are a ghost-town. I wouldn’t stop there,” he said.

But the notion of dealers being involved in the assembly of vehicles may raise thorny issues, like who is liable if something is wrong with the car, he said.

McCabe said he would expect that Ford wouldn’t rely on dealers to install parts that are integral to the operation of the vehicle.

“It’s going to be things that are probably not directly safety-related,” he said.