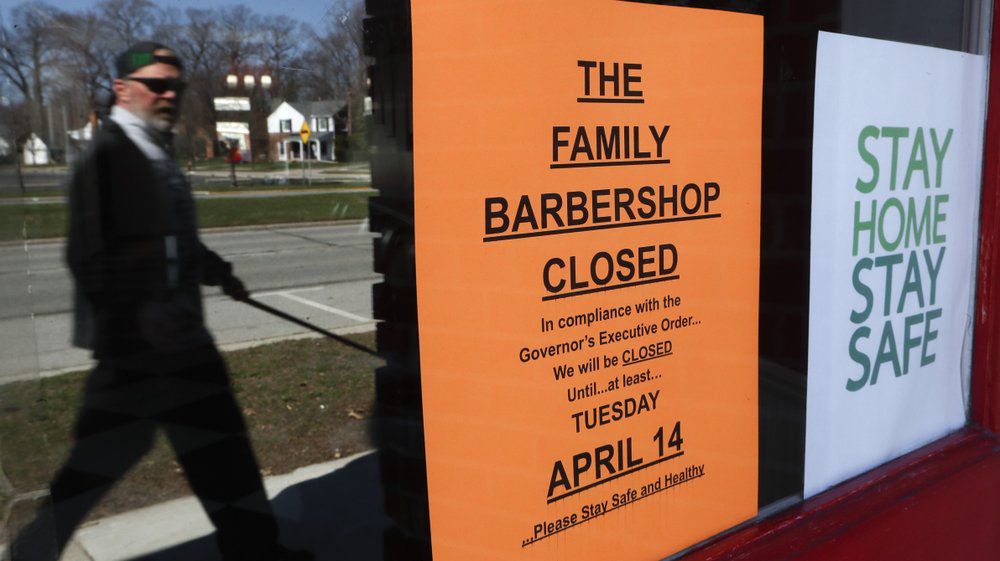 A pedestrian walks by The Family Barbershop, closed due to a Gov. Gretchen Whitmer executive order, in Grosse Pointe Woods, Mich., Thursday, April 2, 2020. The coronavirus COVID-19 outbreak has triggered a stunning collapse in the U.S. workforce with millions of people losing their jobs in the past two weeks and economists warn unemployment could reach levels not seen since the Depression, as the economic damage from the crisis piles up around the world. (AP Photo/Paul Sancya) 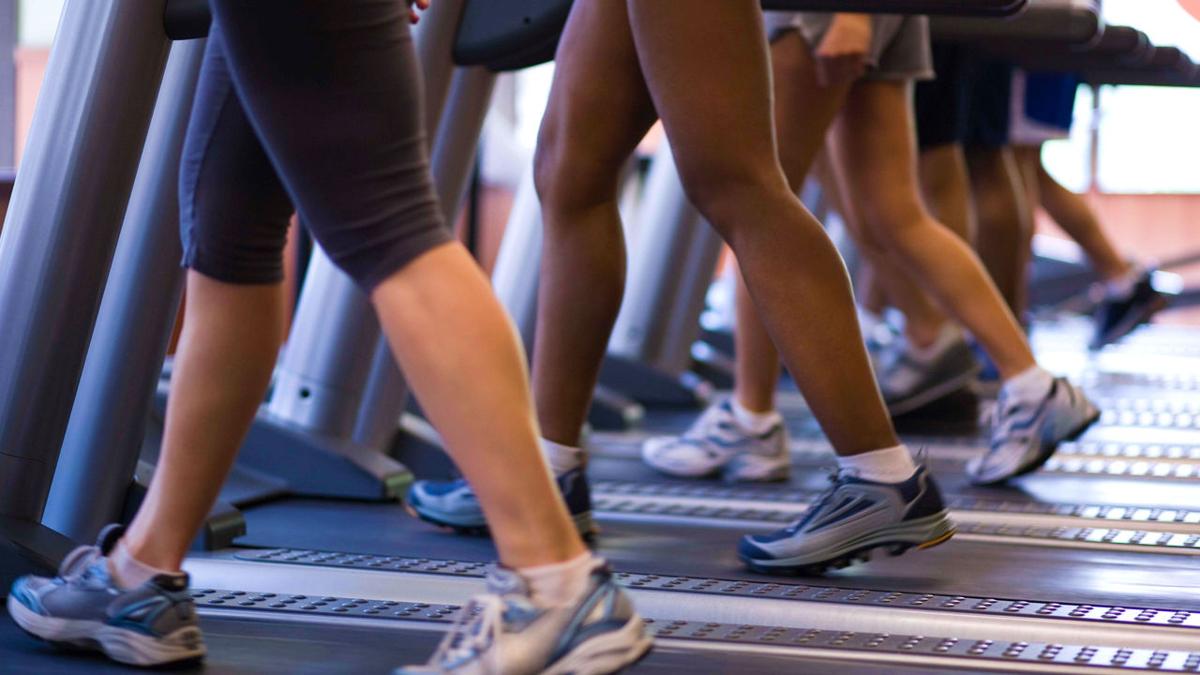 (CNN) -- As businesses across the nation slowly begin to reopen, many laid-off workers face a difficult decision: Do they feel it's safe enough to return to their jobs?

Many people may not have much of a choice. Several states, including Iowa and Texas, are warning residents who are called back that they may be cut off from unemployment benefits -- including the $600 bump authorized by Congress in March -- if they refuse to return.

Uncertainty about continued access to benefits comes after 26 million Americans filed for first-time jobless claims in recent weeks as the coronavirus pandemic prompted many governors to order non-essential businesses to shutter. Millions are still struggling to apply or waiting for their payments to begin after the surge of filers overwhelmed state unemployment agencies.

Whether people have to give up their unemployment benefits if they opt not to go back to work depends on several factors, including the state they live in and their personal situation.

General concern about exposure to coronavirus is typically not a sufficient enough reason to stay home and continue collecting benefits, according to a recent guidance from the US Department of Labor.

However, some people could remain eligible for unemployment under a special pandemic program Congress created that allows those who were advised by a health provider to self-quarantine or who are caring for children whose schools have closed, for example, to qualify for benefits.

Take Georgia, among the first states to reopen certain establishments, including hair salons, gyms and bowling alleys, with certain caveats, such as social distancing and screening employees for illness.

The state is urging businesses to work with their employees to develop plans to return. To encourage residents, it boosted the maximum amount workers can earn before they start losing their jobless benefits to $300 a week, up from $55.

Some people will likely be able to remain on the pandemic unemployment assistance program, but they should still speak with their employers to see whether there's a way for them to safely return, said Kersha Cartwright, a spokeswoman for the state Department of Labor.

"Everybody needs to go back to work eventually," said Cartwright, noting continuing eligibility will be evaluated on a case-by-case basis.

Republican Gov. Brian Kemp's decision to reopen the state has left Cameren Cook in a bind. She lost her job as a line cook at an Atlanta restaurant in mid-March and has been receiving unemployment benefits for several weeks. Her employer told her it may restart dine-in service next week, but she doesn't feel she could maintain enough of a distance from other workers in the kitchen.

The Decatur, Georgia, resident not only fears she could get sick, but she doesn't want to risk bringing the virus home to her roommates, one of whom is asthmatic. Even though she expects she would only return part-time at first, which would allow her to collect a small paycheck and keep her unemployment benefits, Cook does not want to go back yet.

"A stack of money is not going to keep me safe from coronavirus," said Cook, 34.

The pandemic program, which also allows the self-employed, independent contractors and gig workers to qualify for unemployment, may save Ysheka Mitchell from having to return to work immediately as a hair stylist and make up artist.

Mitchell opted to stop working in mid-March, even before Kemp's stay-at-home order, because she lives with her parents and her father has a serious lung condition. The South Fulton, Georgia, resident is still waiting to be approved for unemployment benefits but said she will not return to the hair salon where she works for now, even though it has reopened.

"I don't want to expose him to anything that could be deadly," said Mitchell, 40, who is self-employed.

Safety requirements must be met

Businesses that reopen typically have to follow certain safety standards mandated by state officials. If they don't, workers may be able to quit and qualify for benefits after documenting the lapses and speaking to their employer, said Anne Carder, managing attorney at the Atlanta Legal Aid Society.

Other states, however, are stressing that some workers may not have to return to their jobs right away.

Colorado, for instance, this week started allowing some businesses to reopen. But "vulnerable individuals," including senior citizens or those with certain health conditions, cannot be compelled to return if they have to work near others, the state Department of Labor and Employment said. Also, the agency specifies that the vulnerable may continue to be eligible for benefits if returning to work is a risk to their health or the health of someone they live with.

Residents who don't want to return to work need to specify the reasons why when they recertify for unemployment benefits.

"If you've been offered a job and refused that job for health reasons or Covid reasons, be sure and put that into the form so that we can look at that, assess that and determine if you may be eligible to continue to receive benefits," said Joe Barela, the department's executive director.