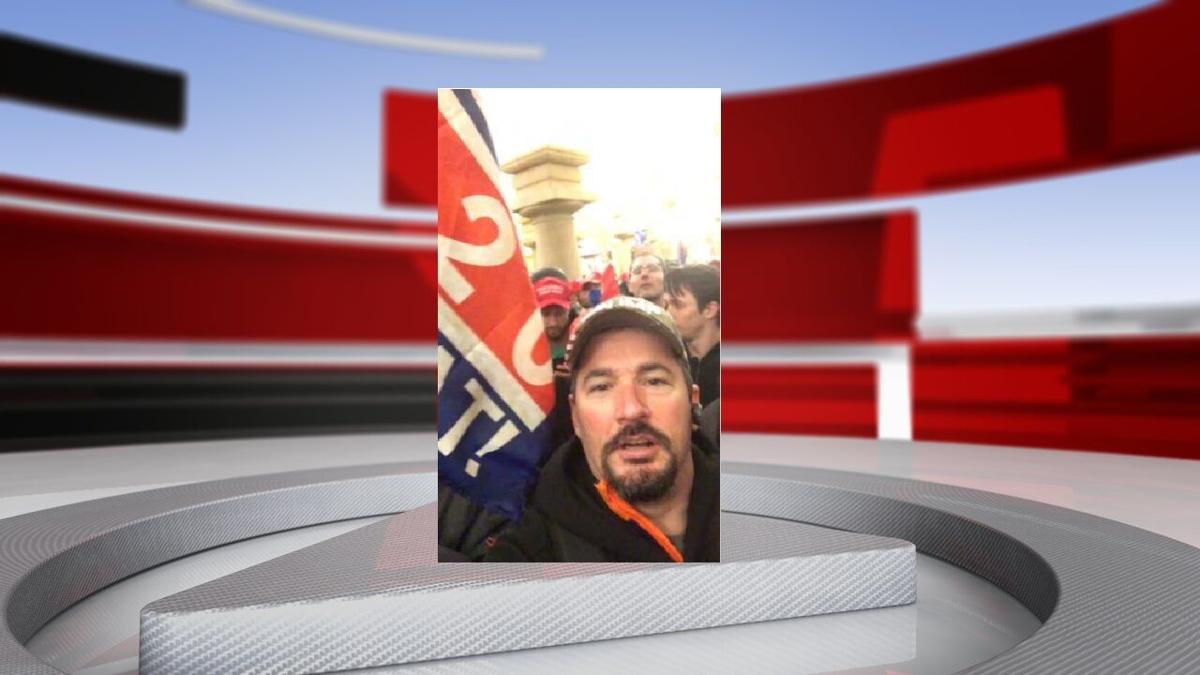 Kentucky resident Robert Bauer faces two charges in connection to his alleged involvement in a riot at the U.S. Capitol on Jan. 6, 2021, in Washington. (Photo courtesy of FBI criminal complaint) 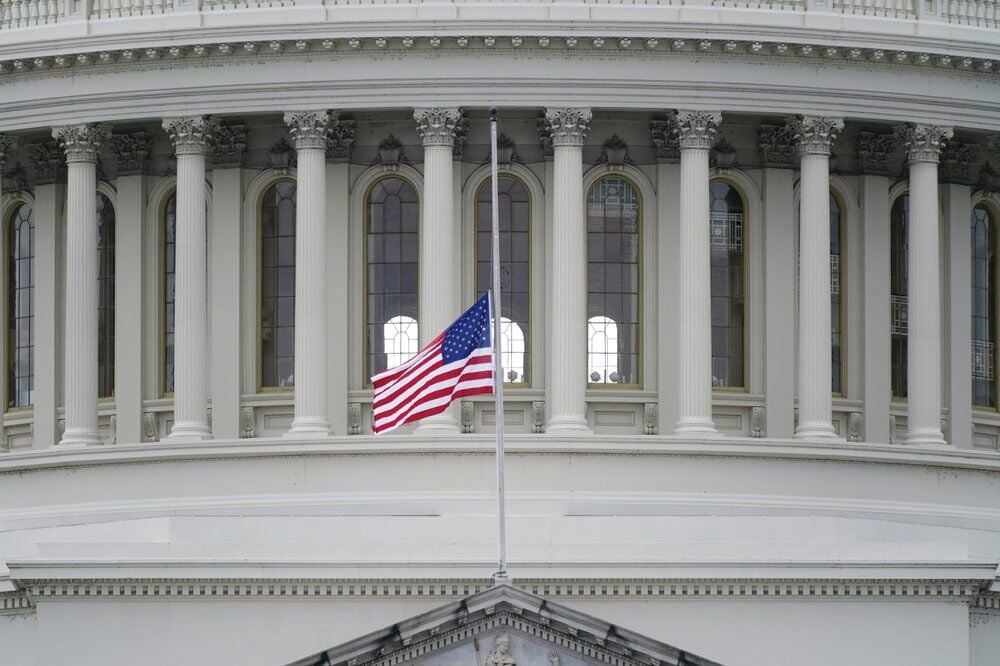 Kentucky resident Robert Bauer faces two charges in connection to his alleged involvement in a riot at the U.S. Capitol on Jan. 6, 2021, in Washington. (Photo courtesy of FBI criminal complaint)

LOUISVILLE, Ky. (WDRB) -- A Kentucky man who allegedly entered the U.S. Capitol during the Jan. 6 riot told federal investigators that a police officer inside the building shook his hand and said, "It’s your house now," according to a criminal complaint filed against him Thursday in federal court.

Robert Bauer was charged with knowingly entering or remaining in any restricted building or grounds without lawful authority as well as violent entry and disorderly conduct on Capitol grounds, the complaint says.

A special agent with the FBI said they identified Bauer after an anonymous caller pointed them toward photos from the event the man posted to his Facebook account called "BobtheBauer." One of the pictures, according to the caller, showed Bauer "inside the U.S. Capitol building giving the middle finger to the camera," investigators wrote in the complaint.

When contacted by investigators, Bauer told them he and his wife traveled to Washington from Kentucky to President Donald Trump's rally on Jan. 6, documents show.

Bauer said he, his wife and his cousin from Virginia, Edward Hemenway, began marching toward the Capitol building "because President Trump said to do so," the complaint says.

"According to Hemenway, during the rally President Trump said 'something about taking Pennsylvania Avenue,' so Hemenway and Bauer walked down Pennsylvania Avenue to the U.S. Capitol," investigators wrote in the complaint. The U.S. House on Wednesday voted to impeach Trump for a second time, charging him with "incitement of insurrection."

According to the complaint, Bauer's wife wanted to return to the hotel where the couple was staying and did not enter the Capitol.

When Bauer and Hemenway arrived at the Capitol, Bauer told investigators he saw members of the mob throwing things at SWAT officers stationed outside the building. He claimed he then "yelled at those individuals and said, 'What the hell are you doing? They have stood down,'" the complaint says.

Hemenway told investigators he and Bauer proceeded to follow a group of people through a door into the Capitol, according to the complaint.

"(Bauer) stated that he did not think he had done anything wrong and according to him, there were no signs posted stating that he could not enter the U.S. Capitol building," investigators wrote in the complaint.

Hemenway, however, told investigators that he heard a loud bang and saw a "Do Not Enter" sign as they made their way into the building.

While allegedly inside the Capitol, both Bauer and Hemenway told investigators they encountered a police officer who Bauer claims "grabbed his hand, shook it, and said, 'It’s your house now,'" according to the complaint.

"Bauer believed that the policeman was acting out of fear," investigators wrote in the complaint. "Hemenway similarly recalled the officer shaking Hemenway's hand and Hemenway said, 'Sorry,' to which the officer replied, 'It’s your house now, man,' and gave Hemenway a half-hug."

According to a report from CNN, two Capitol Police officers were suspended and at least 10 more were under investigation as of Monday, Jan. 11, for their behavior during the riot. An investigation has been launched to determine whether current and former law enforcement officers played a role in the riot.

Bauer eventually shared photos he took while inside the Capitol with investigators, according to the complaint. The photos show members of the mob wearing Trump hats and one man carrying a "Make America Great Again" flag. A short video investigators said they obtained from Bauer's phone shows the man chanting, "Our house! Our house!" with a large crowd behind him.

Bauer told investigators he entered the Capitol to "'occupy the space,'" the complaint says, and that he denied knowing that both houses of Congress were in the process of certifying President-Elect Joe Biden's 306-232 Electoral College victory over Trump.

"He had no intention of assaulting law enforcement or fighting anyone," investigators wrote in the complaint. "Bauer explained that people in the crowd were angry about pedophiles, the news cycle, and losing their businesses during the lockdown."

Bauer told investigators he recalled leaving the Capitol at 3 p.m., while Hemenway said he recalled leaving around 3:30 p.m., according to the complaint. Investigators also charged Hemenway with knowingly entering or remaining in any restricted building or grounds without lawful authority as well as violent entry and disorderly conduct on capitol grounds, documents show.

Capitol Police shot and killed one woman who was a member of the mob inside the Capitol, while three others died from medical emergencies during the long protest on and around the Capitol grounds. A Capitol Police officer died Jan. 7 from injuries stemming from the riot.

Two men from Louisville who entered the Capitol during the riot, Bill Keen and Damon Beckley, have spoken with WDRB News about their experiences and shared fears of being arrested for their actions. As of Friday, the FBI has not said where its possible investigations into Keen and Beckley stand.