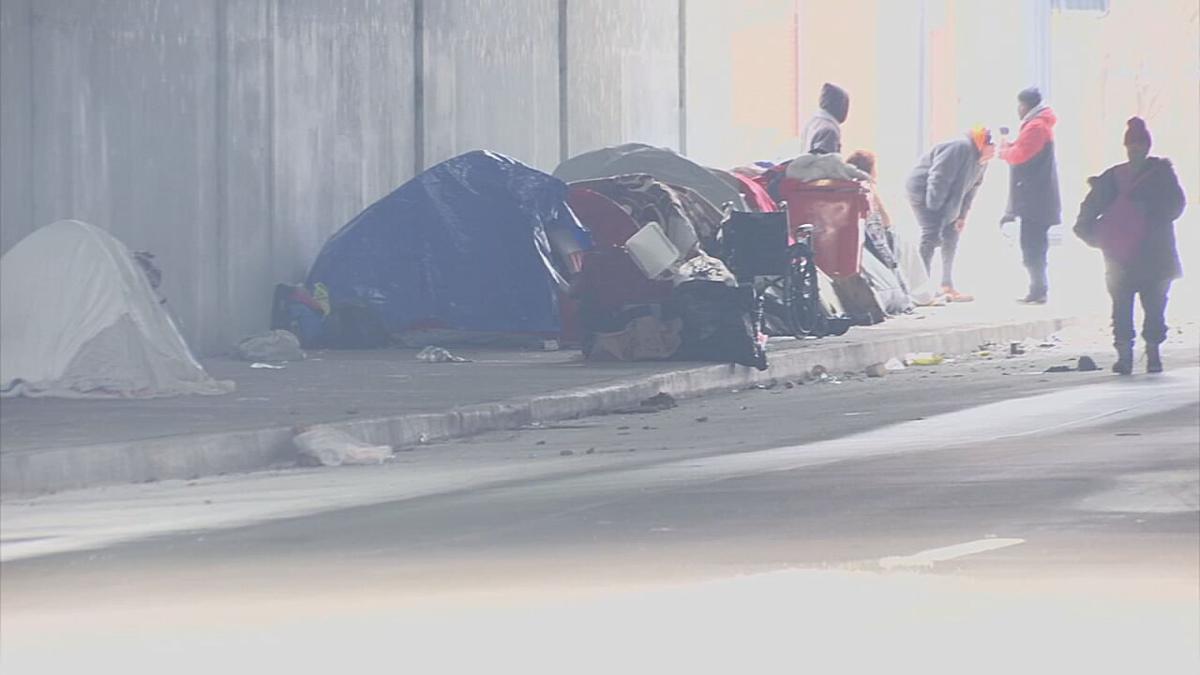 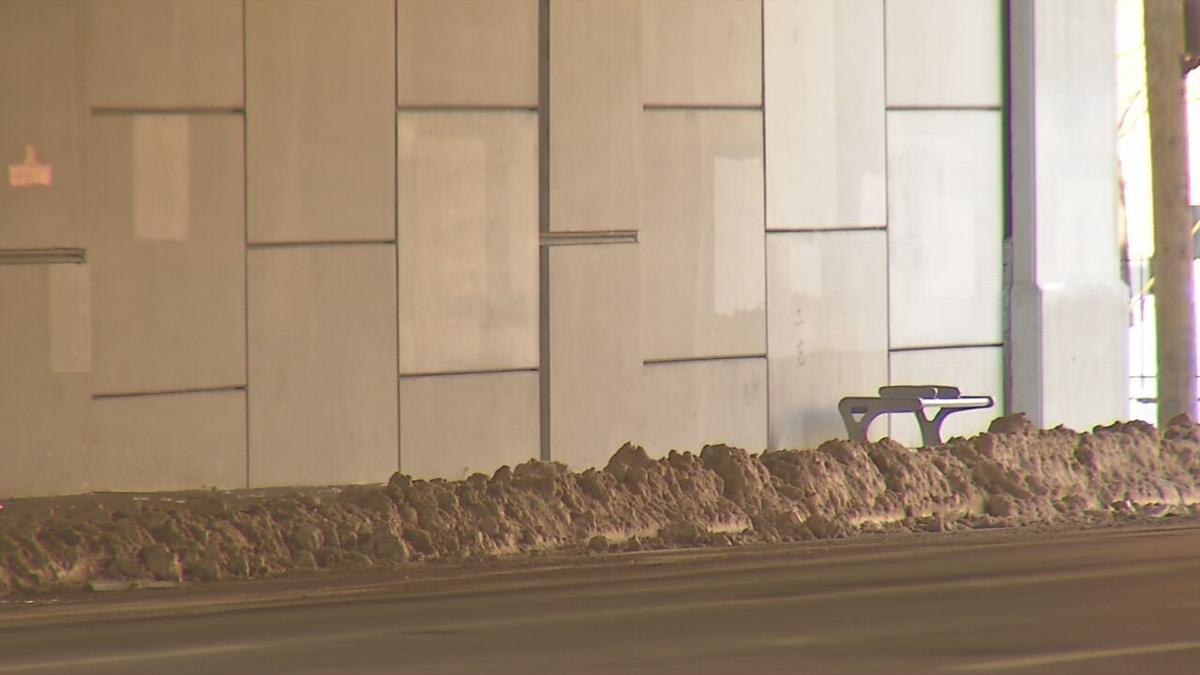 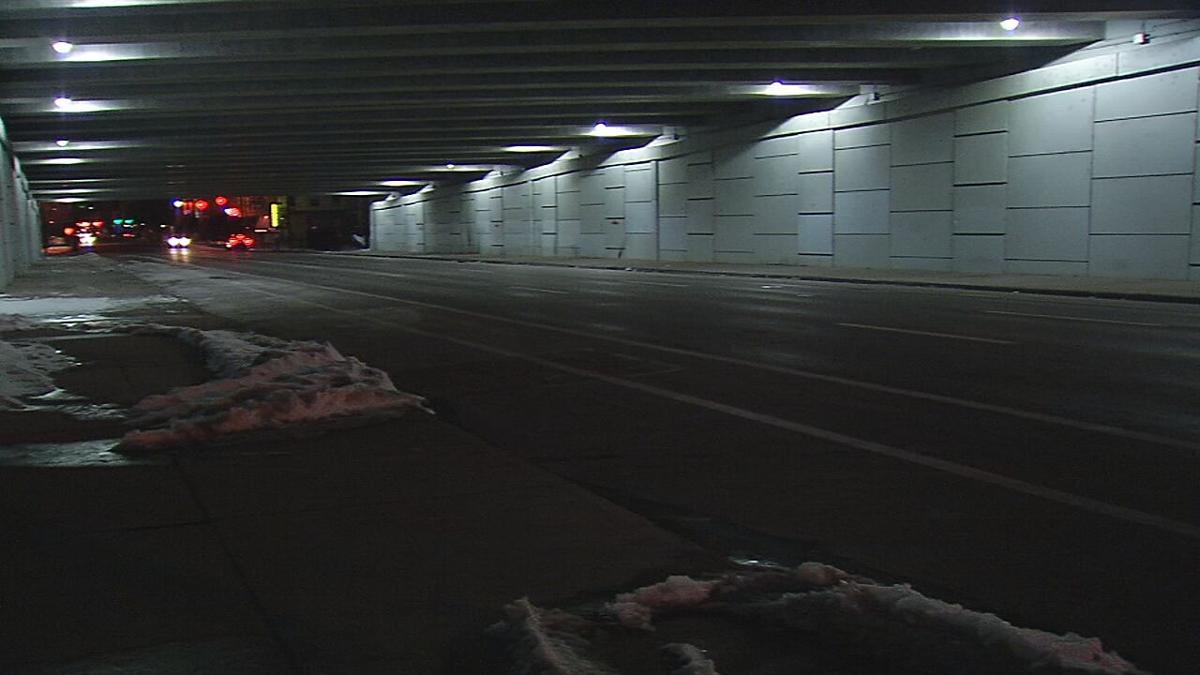 LOUISVILLE, Ky. (WDRB) -- A homeless camp was suddenly cleared by LMPD on Friday night, leaving the department owning up to its mistake. The encampment was located at an underpass at Hancock and Market Streets, not far from new businesses in the city's  NuLu neighborhood.

Homeless advocates said they were blindsided by the action, and that most people lost their belongings amid below-freezing temperatures.

"All of the conversations over the past few weeks were that was it was going to be a cleaning, not a clearing," said Jeff Gill, founder of Hip Hop Cares homeless outreach. "The process was going to involve folks, such as myself, and other members of the (LMPD) Mobile Response Team that can go in and compassionately get folks moved and not displaced."

Gill said he was alerted to the scene after seeing it on Facebook, and when he arrived, he saw people's belongings in the trash and an officer and sanitation worker standing nearby.

"My direct question to both of them was 'Who made this call?' and I was told by the officer that it came from the mayor's office,'" said Gill.

LMPD later released a statement on Friday night "taking full responsibility for the miscommunication" and said the department plans to change its policies.

"I will accept the fact that it was a miscommunication, but what I won't accept is that being something that can happen again," said Gill.

LMPD said after realizing its error, it returned with homeless outreach volunteers to replace items and thanked the community for helping them restore what was lost.

"What I can firmly say is Louisville Metro Police Department did not provide anything. They did not replace anything," said Gill, adding that outreach volunteers used items that were donations from the community.

Gill worries situations like this one will discourage people from wanting to help.

"The tents, to the tarps, to the sleeping bags, and the socks, all of the things that are distributed and then destroyed, those are things that came from the community —  people that care, that want to help out," said Gill. "And when they look on the news and see all these things in the back of the trash truck, it's defeating to them."

"Today we had an incident that should not have occurred: A homeless encampment at Market and Hancock streets was cleared, displacing seven people living there. Upon recognizing the error, LMPD went back out with FEED Louisville and 502 Livestreamer Tara Bassett, in order to replace tents, tarps, warmth materials, along with moving personal items for those on site and those being temporarily housed elsewhere. We appreciate the assistance of community members helping us to restore what was lost. LMPD takes full responsibility for the miscommunication leading to these circumstances and we apologize for this error, which was ours, not that of the city’s Office for Resilience and Community Services or others providing homeless services. We are committed to building relationships with our city’s most vulnerable, and we are working on new Standard Operating Procedures to ensure these situations do not arise in the future."

A city spokesperson pointed to LMPD's statement and said there was nothing additional to add.