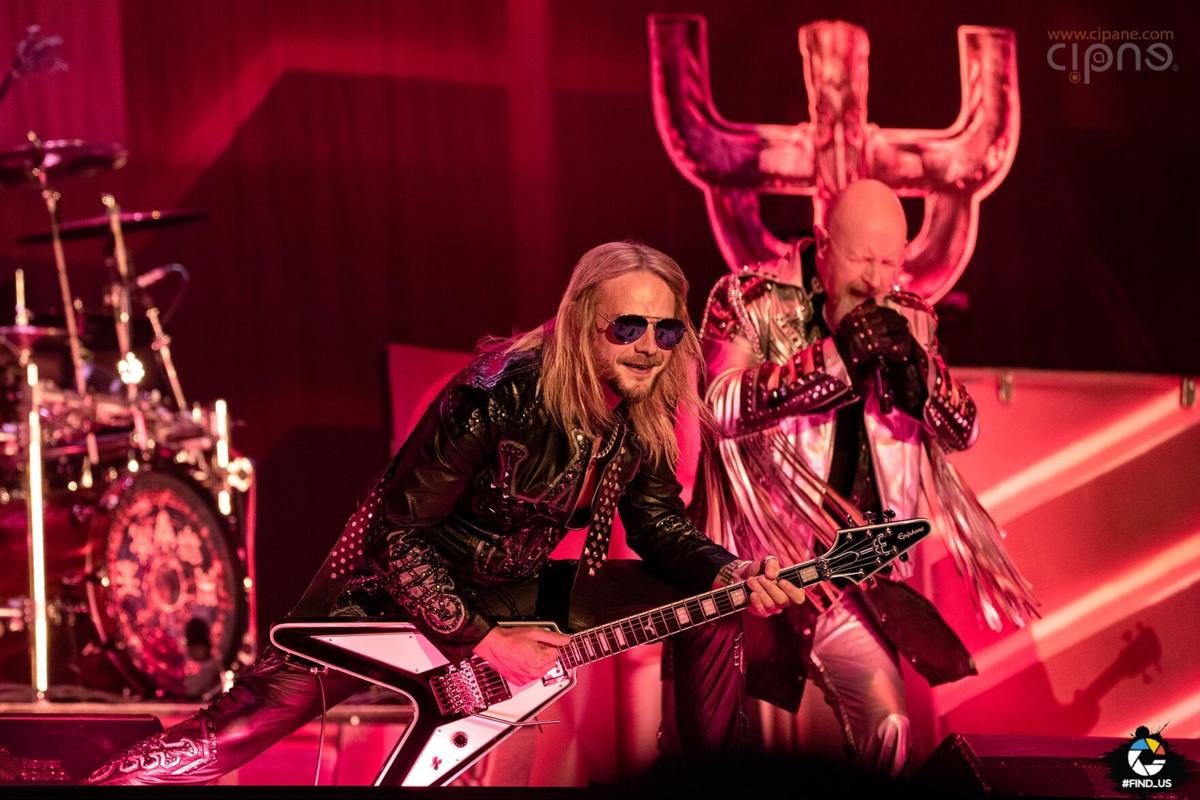 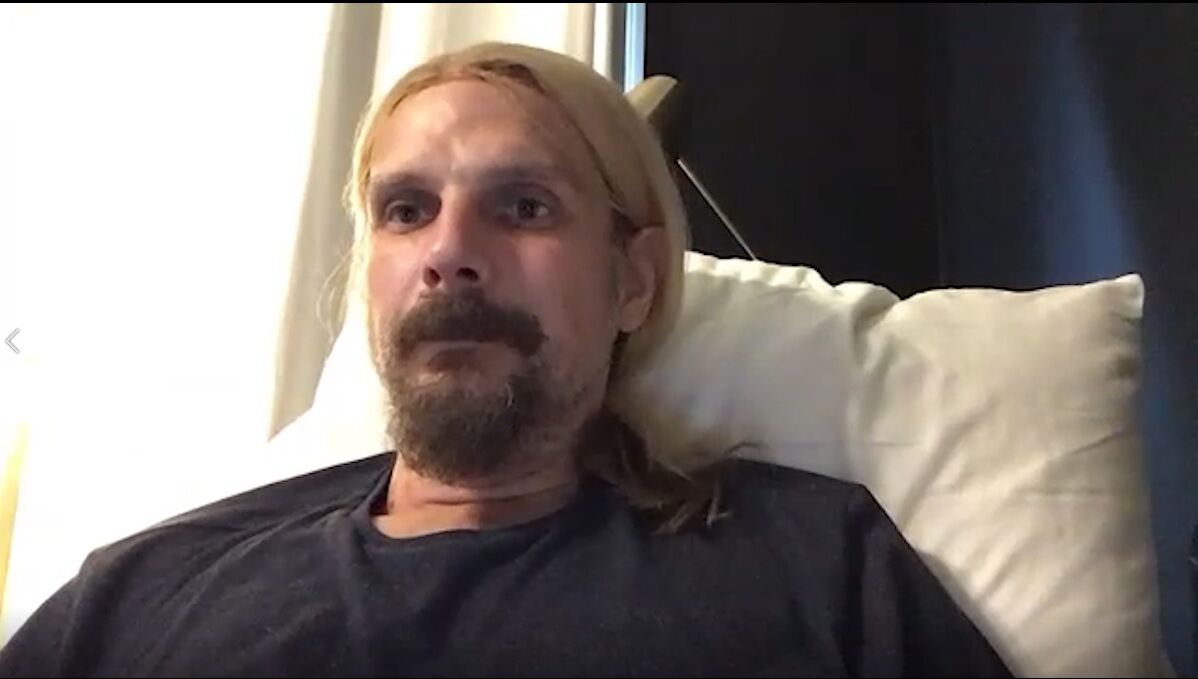 Judas Priest guitarist Richie Faulkner speaks by video conference from his home, as he recovers from heart surgery. He credits surgeons at Louisville's Rudd Heart and Lung Center at UofL Health - Jewish Hospital for saving his life after an aortic aneurysm. Oct. 7, 2021

LOUISVILLE, Ky. (WDRB) -- The guitarist for Judas Priest was lucky to be in Louisville for Louder Than Life last month.

Richie Faulkner collapsed after playing the show on Sept. 26. At age 41, he suffered an "aortic aneurysm" or acute cardiac aortic dissection. In other words, his heart ruptured.

Without emergency surgery, he would have died from the bleeding in his chest.

"I wasn't aware of how important it could be," Faulkner said. "I would have just — not laughed it off — but put it off to 'I was a bit tired that day,' or you know, 'I pulled a muscle.'"

He was rushed to the Rudd Heart and Lung Center at UofL Health - Jewish Hospital, which is a renowned center for heart surgery.

"He was only four miles away, but miles equal minutes, and he did not have many to spare," said Dr. Siddharth Pahwa, a cardiothoracic surgeon with UofL Health - UofL Physicians. "Mr. Faulkner is alive today because the stars aligned. He had an outstanding emergency care team, he was close to a world class heart center, and he was quick to recognize he needed help."

It took Pahwa and his team, which included Drs. Brian Ganzel and Mark Slaughter, about 10 hours to complete the surgery — an aortic valve and ascending aorta replacement with hemiarch replacement — that saved his life.

Speaking from his home by video conference, Faulkner said the band was playing its song "Painkiller," when he started feeling a pain in his chest.

"I became a bit light-headed," he said. "It didn't go away. I've never fainted before. I've never passed out, but I knew that this felt like I was going to pass out in a minute.

"Luckily, it was about half way into the song. So obviously, I had to finish the song. If I had known how important it was, maybe I would have got off there a bit quicker. But I think that's the whole point for me. I had no idea whatsoever what it was."

Judas Priest was scheduled to play for 50 minutes, so they were in the final song of the set.

That's when Faulkner recounts the pain he experienced.

"That's when it exploded," he said.

He made it off stage and was rushed to the emergency room in downtown Louisville.

In a blog post on the Judas Priest website, Faulkner said, "Five parts of my chest were replaced with mechanical components ... I’m literally made of metal now."

He said he has always kept his blood pressure in check and watched his health, so he calls the experience "shocking."

Now, Faulkner wants fans to be aware of their heart health.

"Listen, I'm 41 with no history," he said. "You could be the same. Go and get checked. Get in front of it if there's anything like that. If there's not, great. Take it from me: Just go and get yourself checked out, and that became the mission."

Faulkner said the band, their label and fans from around the world have been supportive with messages and good wishes. For now, he plans to take it slow.

"Get better first. Don't rush," he said. "And then we'll get back to seeing when we can get back out there and play some more Priest. But at the moment, it's focusing on getting ready, getting better, getting my energy back and my strength back. And at some point, I'll pick up the guitar again and seeing if I can knock out some riffs."

As for his experience in Louisville and at Jewish Hospital, Faulkner said he's thought about how to put it into words in the days since Louder Than Life.

"I can only thank Dr. Pahwa and the team for saving my life and giving me more time with my family and my baby girl," he said. "That's what it is. It's the most important thing ... That just means everything. I thank them from the bottom of my heart, and there's really nothing more to say than that, really."

He is promising Pahwa tickets the next time Judas Priest is back on the road. For now, the band has postponed its "50 Heavy Metal Years" U.S. tour.