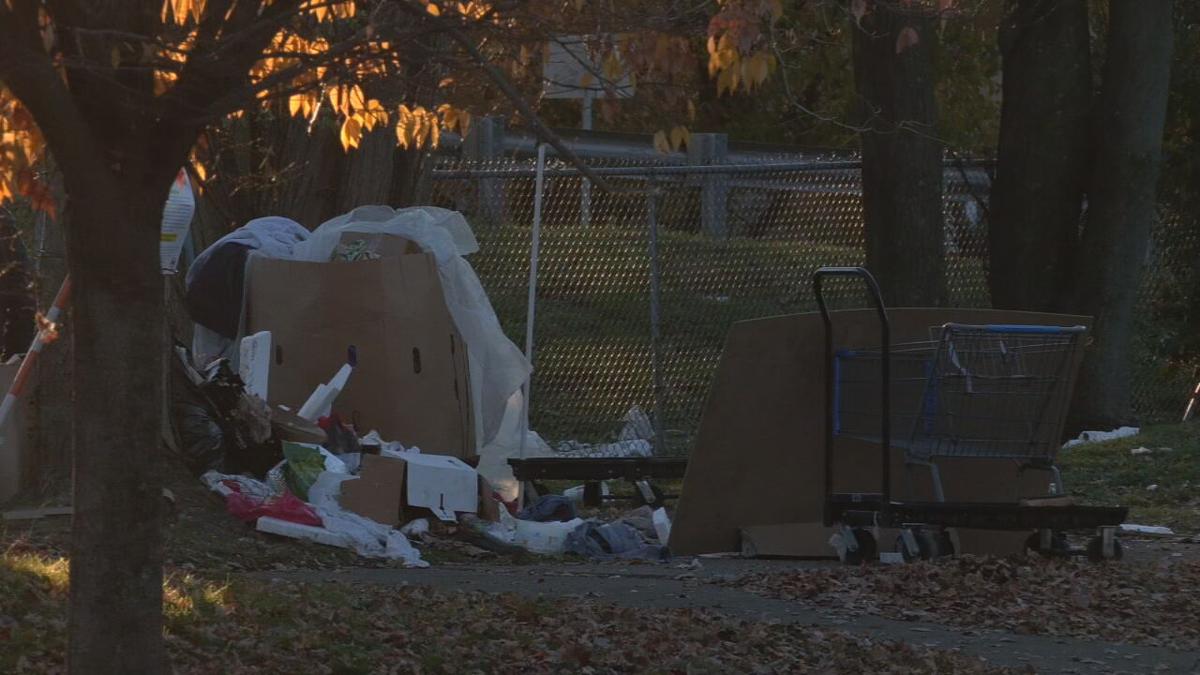 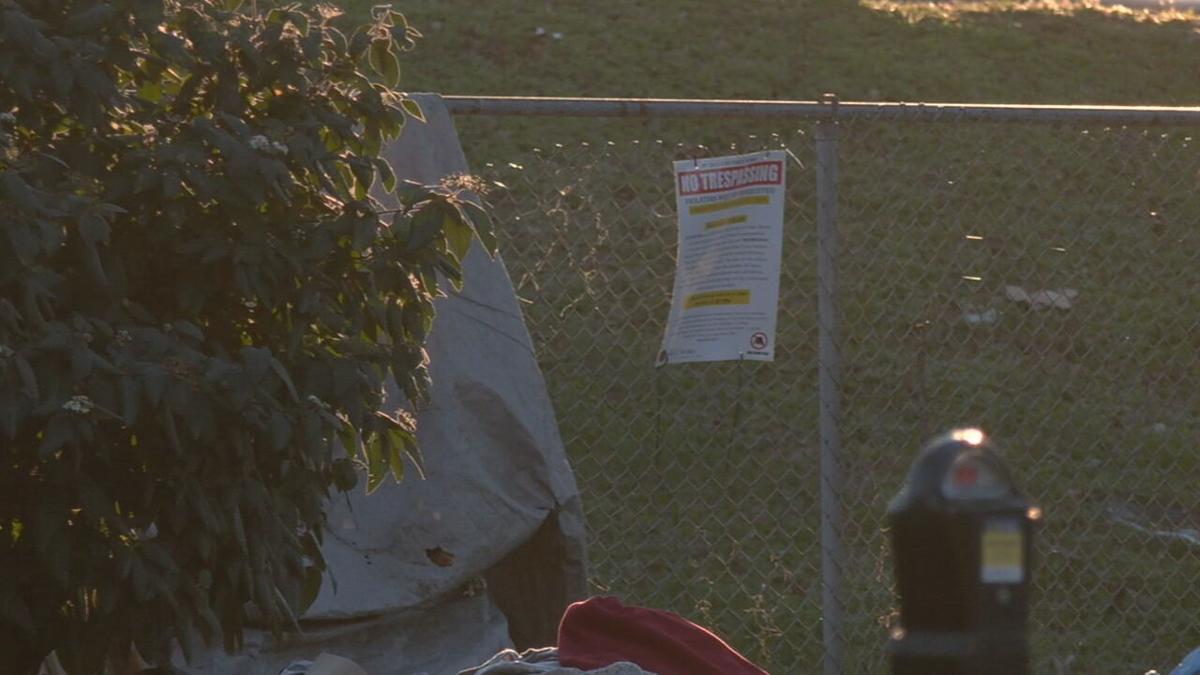 No trespassing sign posted at a homeless camp in Louisville.

No trespassing sign posted at a homeless camp in Louisville.

LOUISVILLE, Ky. (WDRB) -- Plans to clear a downtown homeless camp have been put on hold.

Earlier in the month, the city said a notice was served to residents of a camp at East Liberty and Jefferson streets in downtown Louisville. The camp is next to the off ramp to Jefferson Street from Interstate 65 North.

City workers planned to clear the camp Monday, but it was postponed to the following day. Then Tuesday, plans were postponed again.

According to the city's Office of Resilience and Community Services, the postponement was due to cold temperatures.

"This entire season is going to be inclement weather," said outreach worker, Jeff Gill, who is pushing for the city to clean camps instead of clear them.

Gill is the founder of Hip Hop Cares, a local street outreach group that focuses on meeting people where they are.

"It breaks the trust," he said, mentioning the multiple postponements. "It breaks all of the relationships that the city wants to build with grass roots and the wants to build with the outreach organizations they want to work with. It starts with being solid and following through with game plans."

Gill said many times people move from one camp to another, instead of going into a shelter.

"Every spot that this city has cleared in the six years that I've been doing this has turned back into a camp within weeks," he said.

Donny Greene, co-founder of Feed Louisville, said he too, would rather see camps cleaned instead of cleared.

"I would much rather see people be able to shelter in place or B., even better, let's find some housing for everyone here," he said.

With Thanksgiving approaching, both groups are staying busy trying to supply meals and supplies to those on the streets.

Gill said everyone has a role to play.

"If you can't donate money, if you can't volunteer time, just be a nice person," he said.

It's not clear when this homeless camp will be cleared. The Office of Resilience and Community Services said a new date has not been set, but the clearing will not be any time this week.

Officials said the camp, like others that have recently been cleared, presents health and safety concerns for residents and the surrounding community. Homeless outreach volunteers will try to help camp residents find services including shelter beds, housing navigators and mental and behavioral health providers.