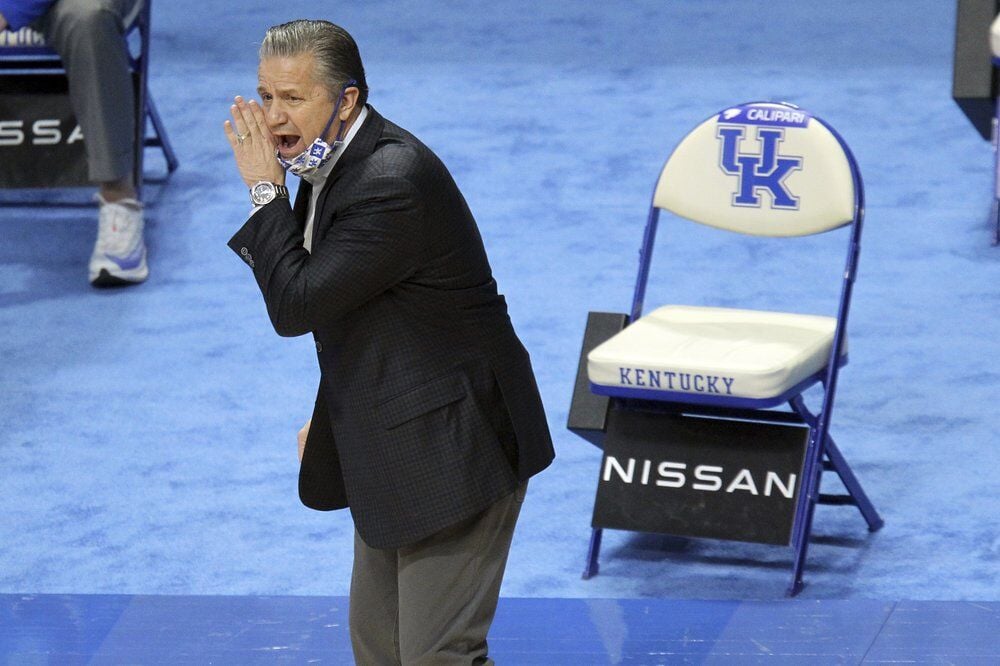 Kentucky head coach John Calipari yells to his team during the first half of an NCAA college basketball game against LSU in Lexington, Ky., Saturday, Jan. 23, 2021. (AP Photo/James Crisp) 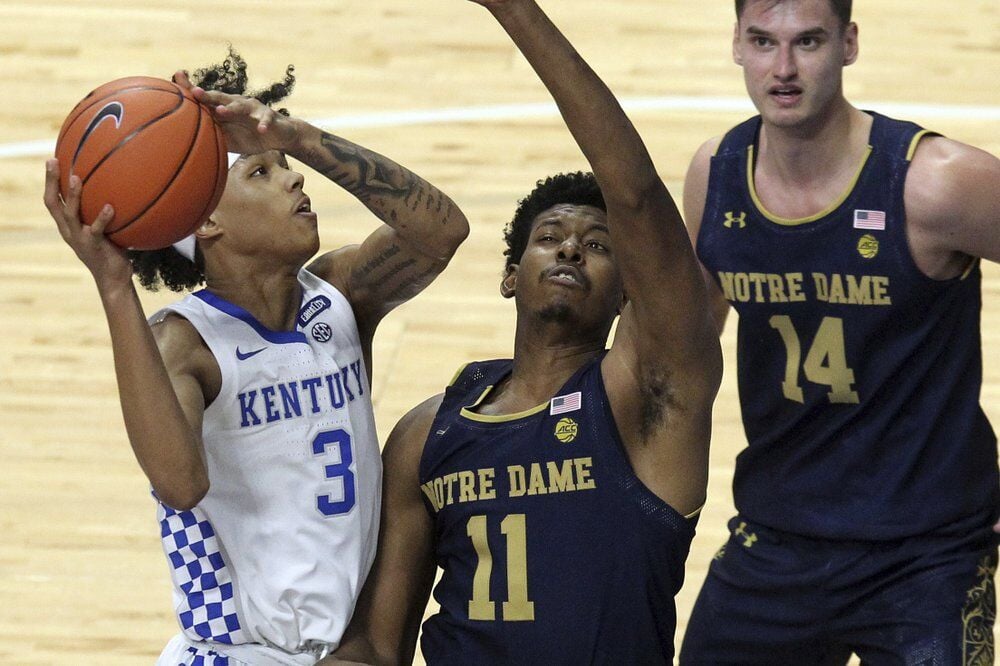 Kentucky head coach John Calipari yells to his team during the first half of an NCAA college basketball game against LSU in Lexington, Ky., Saturday, Jan. 23, 2021. (AP Photo/James Crisp)

LOUISVILLE, Ky. (WDRB) -- How many times have the following sentences been written since John Calipari took over as the Kentucky basketball coach for the 2010 season?

The Wildcats do not have the best group of freshmen in the Southeastern Conference.

Or this: Kentucky does not have anybody ranked among the top 25 most effective offensive players in the league.

After 11 seasons of out-talenting the league with John Wall, Anthony Davis, Julius Randle, Karl Anthony-Towns, Jamal Murray, De’Aaron Fox and other favorites from Kentucky’ glorious run, this season other SEC coaches have done better jobs of either identifying or developing talent.

Kentucky does not have the SEC’s best players, at least not on offense.

It’s the topic of the day, because Saturday, the Wildcats visit Knoxville, Tennessee, to play Rick Barnes’ squad, the one that outscored UK, 34-13, in the final 12 minutes of an 82-71 loss in Rupp Arena two weeks ago.

After that game, Calipari famously said that Tennessee freshmen Keon Johnson and Jaden Springer “bullied” Kentucky when they combined to hang 50 points on the Wildcats.

“But again, they were best two because they were physical and they bullied us. It wasn't like they were jacking threes and going nuts. They just went to wherever they wanted to on the court and either went into your body and shot or jumped over and you shot.”

Two weeks later, Calipari has not changed his view. The analytics sites run by Ken Pomeroy and Bart Torvik project the Wildcats as 7-point underdogs for the rematch that will be played at Thompson-Boling Arena at 1 p.m. Saturday.

For Kentucky to deliver the upset and extend its winning streak to three games, Calipari said several things must happen.

“We can’t just be pushed around,” he said during a media teleconference Friday morning. “It’s a man’s game. You’ve got to be ready for the fight.”

That is likely true. So is this:

The analytics at Pomeroy and Torvik show Kentucky does not have any of the SEC’s Top-25 offensive players.

Yes, B.J. Boston has cranked up his 3-point shot the last two weeks. Davion Mintz made poised and important plays at Vanderbilt. Isaiah Jackson consistently makes the highlight packages, but usually on defense.

This is a season when Calipari has discovered how life unfolds for coaches who don’t have an elite point guard or a wing who can consistently get baskets late in the shot clock.

It’s uncomfortable and tough on the won-loss record, which reflects that Kentucky is 7-13 overall and 6-7 in the SEC, sliding toward Calipari’s worst season during his dozen years in Lexington.

Most years, Calipari’s had at least three and occasionally four of the SEC’s 10 best players. This season, he doesn’t have any of the top 10. Welcome to how the other guy lives. It can be difficult.

At Pomeroy, Kentucky’s highest rated offensive player is center Olivier Sarr, who is No. 27, among guys who have played in at least 20% of a team’s possessions.

A year ago, Immanuel Quickley and Nick Richards ranked second and third. Two years ago, Tyler Herro, PJ Washington and Keldon Johnson were Top 10. It’s been a trend.

At his site, Torvik uses a different metric: Points Over Replacement (player) Per Adjusted Game. It’s similar to the WAR stat used in baseball because it attempts to evaluate players by how much better they are the the average replacement player.

For the record, here are Kentucky’s 5-highest ranked players:

But it is an analysis of how guys have performed this season, an analysis that is reflected in the SEC standings.