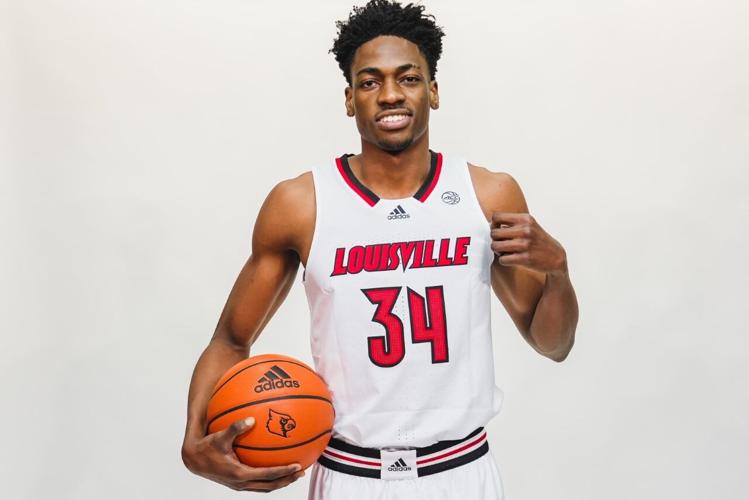 Emmanuel Okorafor is joining Louisville for the 2022-23 season. (Photo by UofL Athletics) 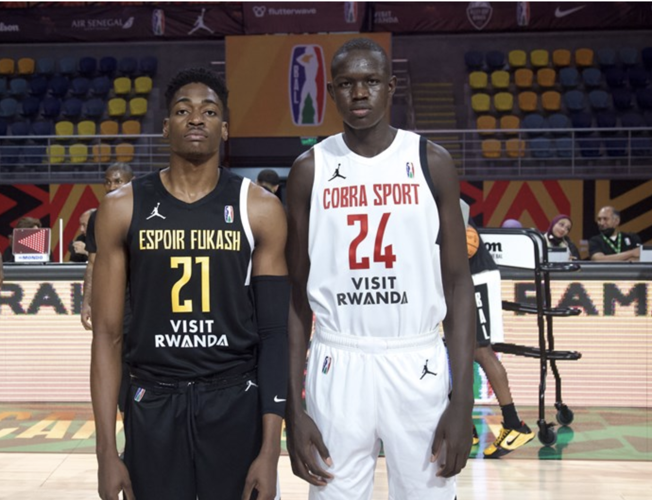 Emmanuel Okorafor has practiced with the University of Louisville men's basketball team since his arrival from the NBA Academy Africa last Thursday.

LOUISVILLE, Ky. (WDRB) — Emmanuel Okorafor has practiced with the University of Louisville men's basketball team since his arrival from the NBA Academy Africa last Thursday.

But will Okorafor, a 6-foot, 9-inch forward, play for the Cardinals Wednesday night at Boston College — or in any of the Cardinals' 12 remaining regular-season games?

Speaking on the Atlantic Coast Conference coaches media call Monday, Louisville coach Kenny Payne said he has not decided if or when Okorafor will play for the Cardinals this season.

"I haven't decided one way or the other," Payne said.

"A lot of it depends on on how he feels and how I feel about where he is. I don't want to waste any of his time (eligibility).

"But if he can come in and help us and get more comfortable with college basketball, that's an option for him. But I haven't made a decision one way or the other."

Okorafor is 18 years old and one of 26 players who was selected to train at the NBA Academy Africa, a program for top prospects across that continent. The academy is based in Saly, Senegal. He flew from Africa to Louisville last Thursday.

Payne was asked about his early impressions of Okorafor, who averaged 9.2 points and 10.4 rebounds for BC Espoir Fukash in the Basketball Africa League last season.

"To answer the latter part of your question, 'Is he ready yet?' I want him comfortable," Payne said.

"I want him to know and feel good about knowing all the plays that we have. Knowing exactly what we're doing and our defensive schemes, our offensive stuff, so that he can play basketball without thinking.

"The first part of your question is, Emmanuel is the type of player that wants to please. He's a giver. His energy is unbelievable. His effort from day one that he did his first workout to his first practice to a second practice, you can see him bring a fight or determination, a focus to it.

"I mean, that's the type person he is. That's what he's bringing, a professionalism to this team that we need. Haven't decided yet when I'm gonna throw him in the game. A lot of that'll be on him on how much and how comfortable he gets."

Traveling across the world to join a team in the middle of the season while adjusting to a new culture and environment is a tremendous adjustment, especially for an 18-year-old. Payne was asked what he was doing to smooth that adjustment for Okorafor as the Cards prepare for a trip that will take them to Boston College Wednesday night and then to Notre Dame on Saturday.

"Just trying to get him comfortable," Payne said. "That's the big one.

"There's a video that his teammates made for him and to see how happy they were for him to be a part of Louisville basketball. For him to come and be a part of this program, they all were very happy.

"And it goes to show the type person he is … he's a very smart kid. 4.0 student. You know, he's conscientious about that. He really tries hard to get his books and he's been on top of that. He studies everything.

"He wants to watch film on every game that we play. Sitting down with him, watching some game film, watching the things that we do well. Watching where we need to get better at.

"He works hard on the court. Trying to get him comfortable with my philosophy of how I want the bigs to play. And why I want him to play that way. And his workouts are geared toward that.

"A bunch of movement, a bunch of conditioning, a bunch of reaction stuff, offensively and defensively.

"And so just getting him acclimated and comfortable on the court comfortable off the court, comfortable with the food that he eats. He's a Nigerian kid and we have a couple of Nigerian restaurants that we're gonna start taking him to, gathering everything we can to make his life as comfortable as we can."