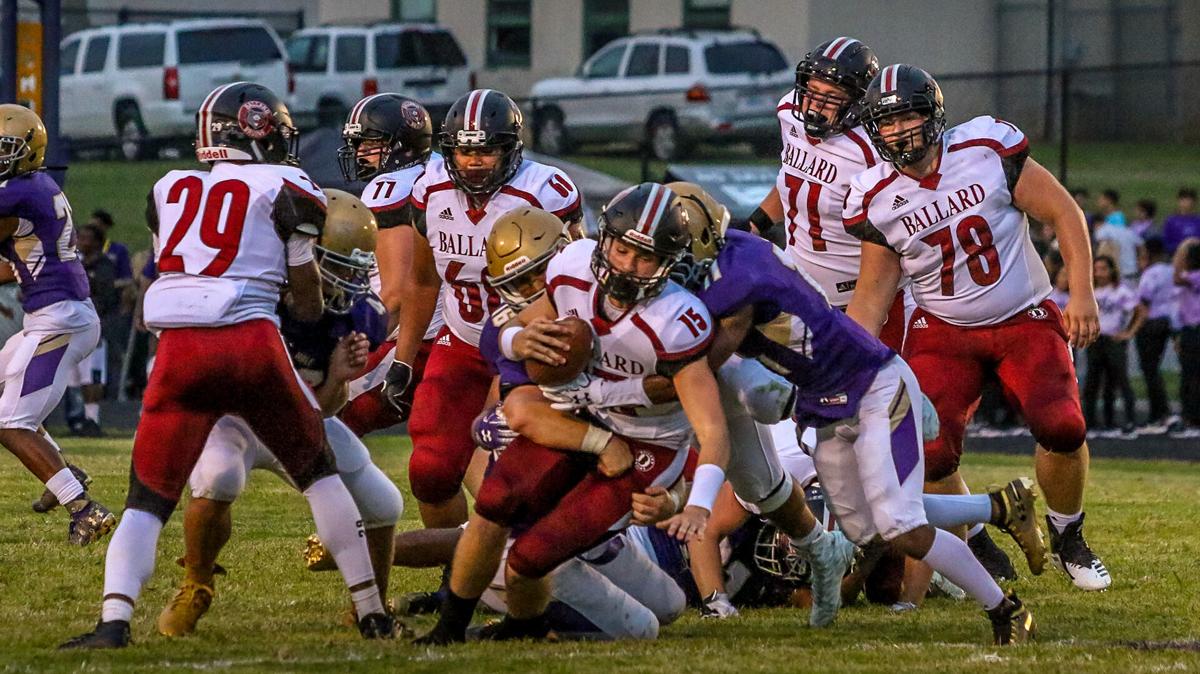 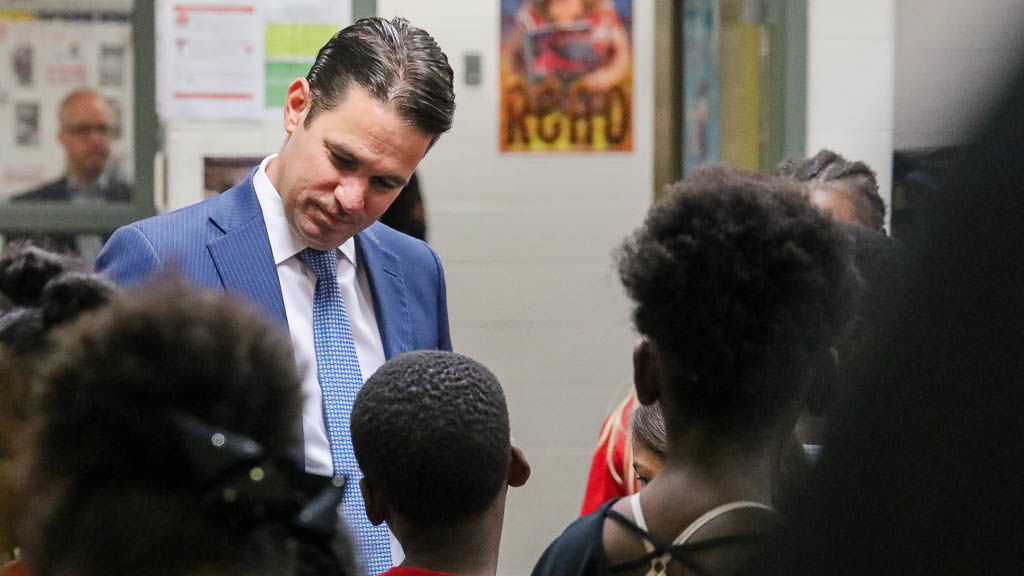 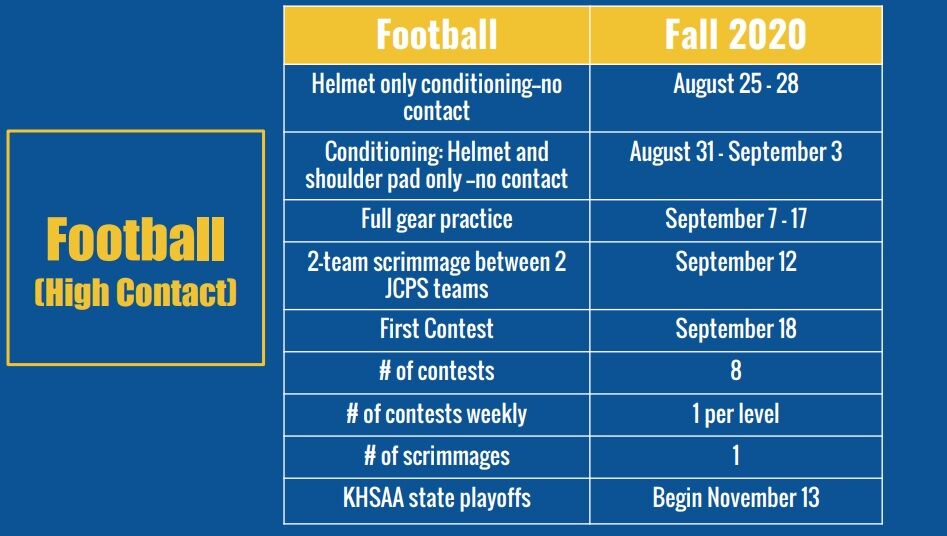 LOUISVILLE, Ky. (WDRB) -- The Jefferson County Public Schools' Board of Education will allow fall sports to be played, but will delay the start of football by one week by a 5-2 vote during a specially called meeting on Monday night.

The "low-contact" sports of field hockey and cross country will begin immediately, by the KHSAA plan, with the first contests for volleyball and soccer to begin on Sept. 14.

"There's no book, no handbook, no blueprint ... about running schools during a pandemic," JCPS superintendent Marty Pollio said. " We want our children in school. ... We want our children participating in athletics. That's why we do this. None of the decisions that we are making are about politics. ... None of these have anything to do with money or funding. ... It is all about what's best for the health, well-being, safety and achievement of our students."

Board members were inundated with input after superintendent Marty Pollio announced the meeting late last week. Both JCPS representatives voted against a KHSAA plan to begin falling sports during the first week of September, leading to speculation that the board might support postponing the fall season until spring.

Not all of it was collegial.

"I have been disappointed in the lack of civility in the correspondence with me and particularly with the seven board members," Pollio said. "We need to be better than that. There are no easy decisions. We've gotten a lot of correspondence, obviously most people wanting to have athletics. Thousands of emails."

But after Kentucky Gov. Andy Beshear reluctantly gave his blessing to the KHSAA's plan on Monday afternoon, the board would have been left in a position of diverging from the entire state had it decided not to go ahead with sports, though classes will not begin in-person in JCPS until Sept. 28 at the earliest.

The board considered three options. Going along with the KHSAA plan, which has football kicking off on Sept. 11 and other fall sports on Sept. 7. A delayed plan has JCPS beginning play a week later, and a third option was to postpone fall sports until spring.

Power outage in Clark County leaves nearly 7,000 in the dark