LOUISVILLE, Ky. (WDRB) – Gov. Andy Beshear’s Labor Cabinet has reversed a determination by the previous administration that more than 1,000 teachers broke state law by participating in “sick outs” this year.

Larry Roberts, the cabinet's secretary, wrote in a letter to the agency’s inspector general Monday that 1,074 teachers did not violate state law by requesting sick leave and shuttering their school districts during this year’s legislative session because they "were exercising constitutional rights to speech, petition, and assembly when they came to the Capitol, and were not engaged in a dispute with their employers concerning the terms of their employment." 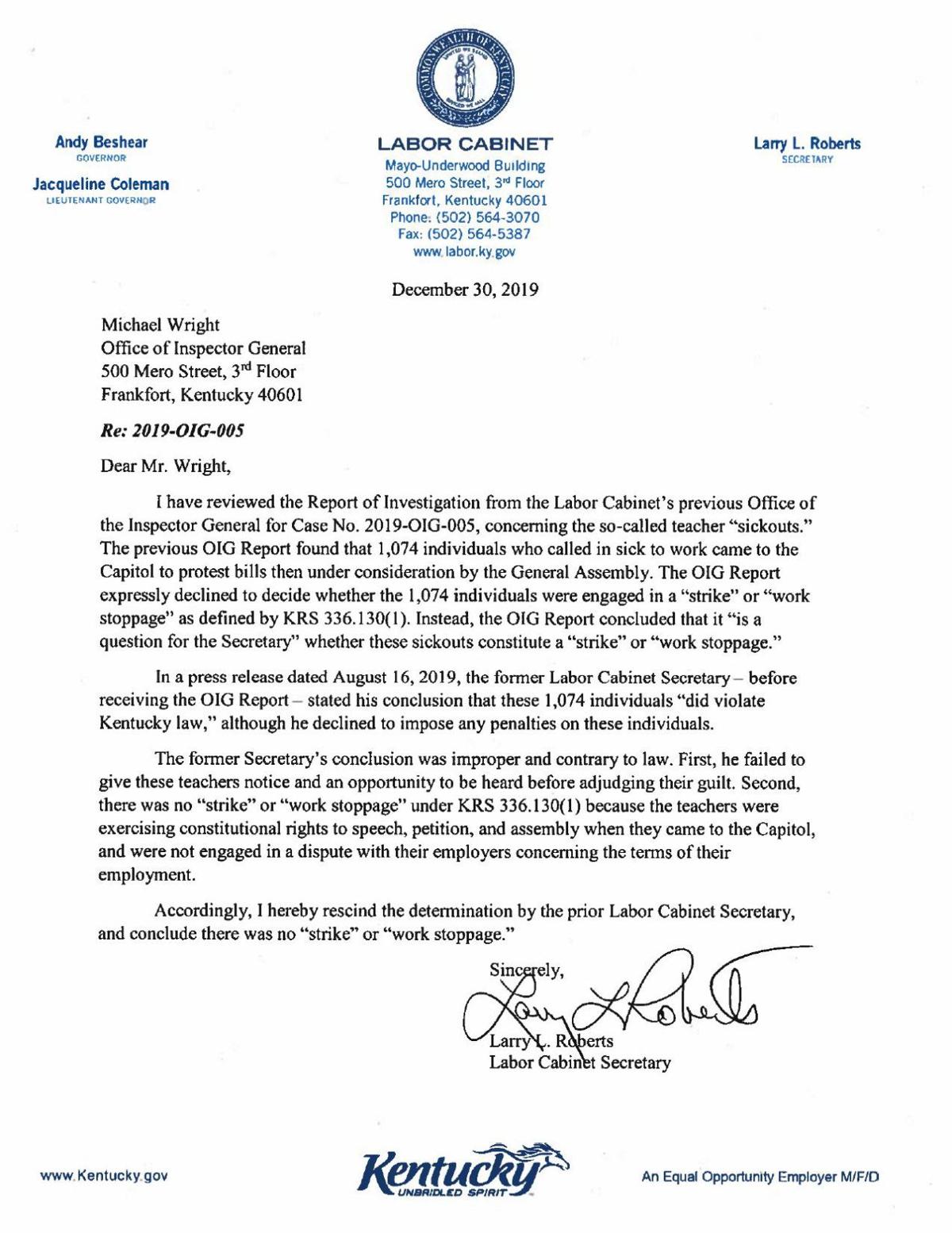 Dickerson, who served under former Gov. Matt Bevin, launched in April his agency's investigation into 10 school districts that were closed by teachers' protests during this year's legislative session. Public workers are barred from striking under state law.

While he found that 1,074 teachers broke state law in his August determination, Dickerson did not pursue civil penalties of $1,000 per violation against them. Instead, he warned he would pursue such penalties against teachers that engaged in future sick outs.

Jefferson County Public Schools led the state by closing six times in a two-week period to demonstrate against legislation that many educators saw as threats to public education. Only one – a bill that stripped JCPS school-based councils of the ability to hire principals – became law.

"We are rescinding the prior administration's stance to make clear that our teachers and educators never broke the law and are welcome in Frankfort," Beshear said in a statement. "In order to do what is best for our public education system and each student, we must respect each other and find ways to work together."