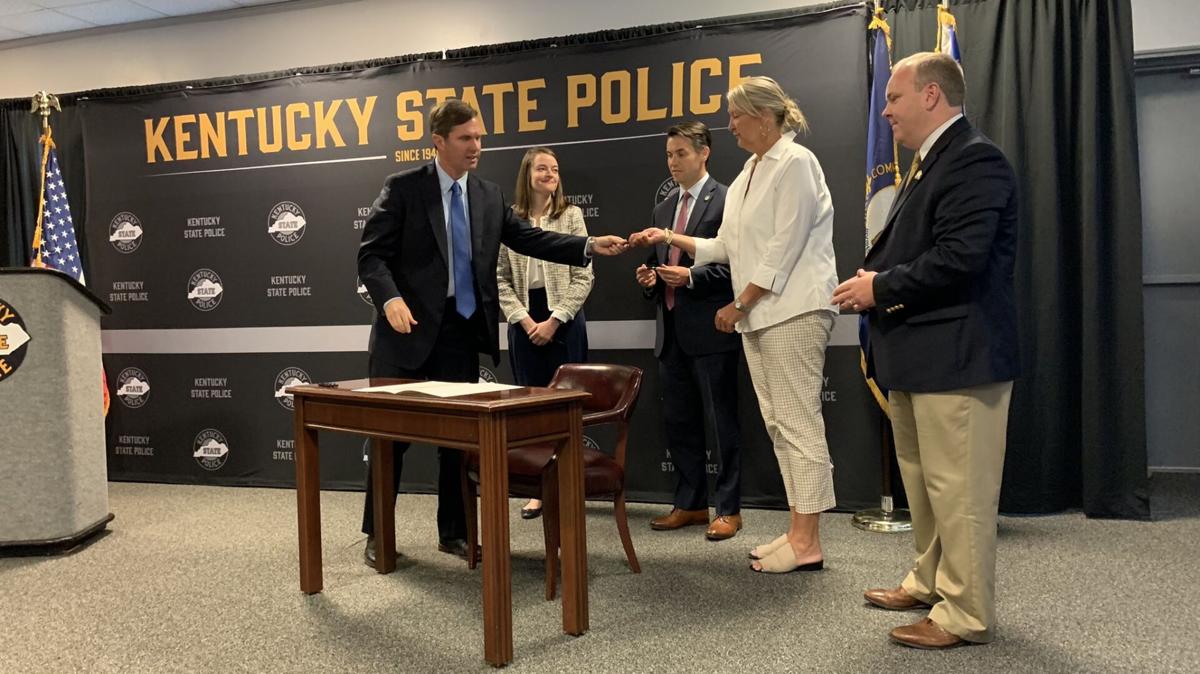 Kentucky Gov. Andy Beshear acknowledging the bipartisan work that patched a loophole in #KY law that was allowing some mentally incompetent defendants to dodge both prison time and treatment. July 7, 2021

He put his ceremonial signature on House Bill 310 that, in part, addresses that loophole, which came to light after the 2019 arrest of Cane Madden.

Madden was accused of a beating and rape of a Louisville 8-year-old girl. As WDRB's reporting exposed, Madden fell through a gap in state law - one that allowed some mentally incompetent defendants to dodge both prison time and treatment.

“This was a hard thing to do,” says @jmnemes. But ultimately, cooperation between the House and Senate, Democrats and Republicans, produced the legislation. @WDRBNews pic.twitter.com/djNVOWlZqK

The new bill, which took effect in April, will try to stop that from happening going forward. But at this point, we're not yet sure if it'll prevent Madden from being released again, after the most recent rape case.

Under the new law — according to Sen. Morgan McGarvey, D-Louisville, one of its architects — a defendant found incompetent will have an evidentiary hearing, in front of a judge, to determine if there is a probability the person committed the crime. The defendant will have an attorney for this hearing.

If the defendant is hospitalized, a judge would periodically review the status of the person.