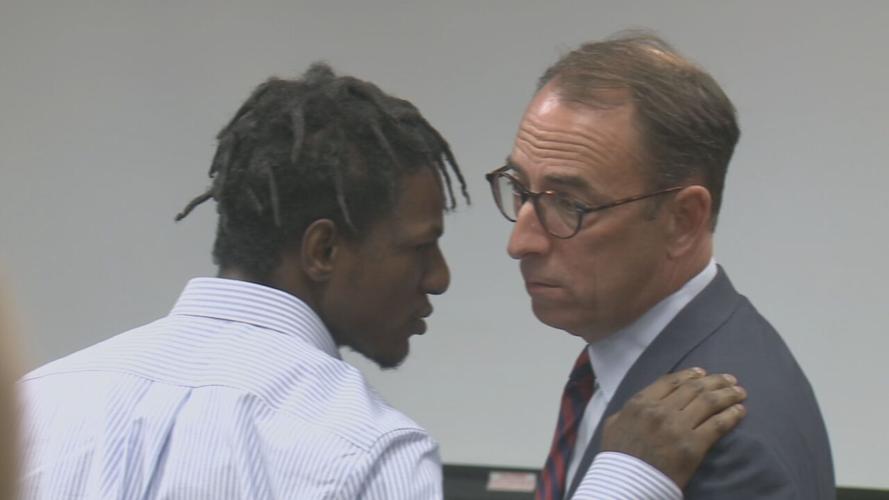 Kevon Lawless speaks to his attorney Ryan Vantrease during his trial on Sept. 21, 2022. 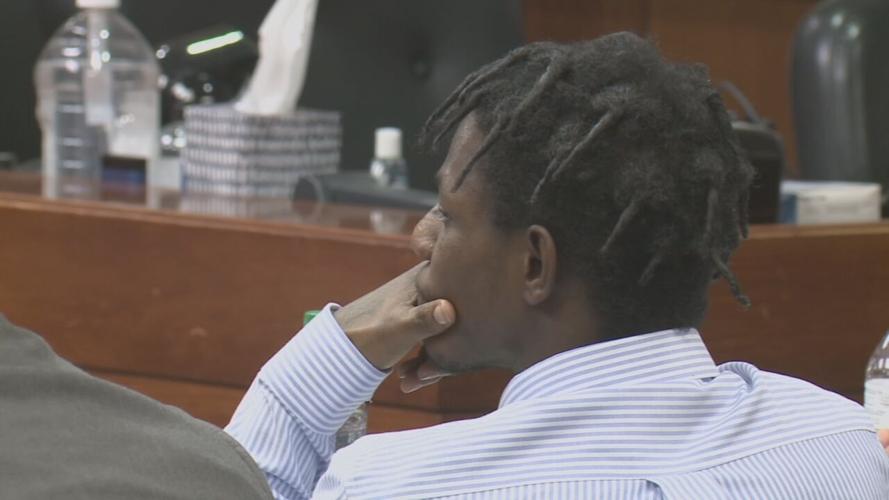 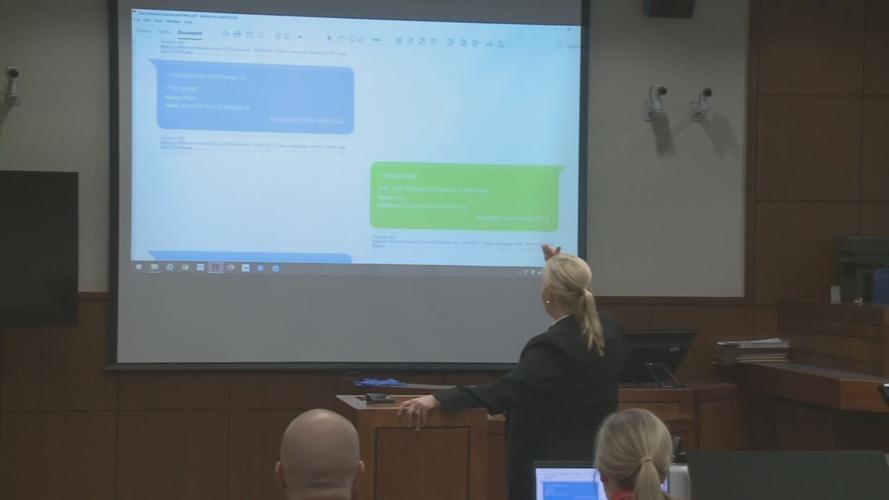 Text messages that were presented to the jury during the Kevon Lawless trial on Sept. 21, 2022.

His sentencing hearing is scheduled to begin at 10:30 a.m. on Thursday.

LOUISVILLE, Ky. (WDRB) -- A jury has found Kevon Lawless guilty of killing a young father and his 3-year-old daughter in August 2020.

Lawless was on trial in connection with the killings of Brandon Waddles and his 3-year-old daughter, Trinity Randolph, in August 2020. The shootings took place shortly after 1 p.m. that day in the 3700 block of Kahlert Avenue, near Strader Avenue.

After dismissing one juror, Judge McKay Chauvin assembled the others back in the courtroom around 6:30 p.m. and asked if any of the remaining jurors would be unable to reach a fair and impartial decision. None of them objected.

That juror was dismissed, in part because a witness was charged with perjury earlier in the trial.

Chauvin told jurors they would need to start deliberations over once an alternate juror was seated, which began around 8 p.m. The new jury only needed around two hours to reach a decision.

Verdict: Kevon Lawless is guilty on both murder counts and one count of burglary @WDRBNews

Lawless, 25, could face 20 years to the death penalty. His sentencing hearing is scheduled to begin at 10:30 a.m. on Thursday.

"This was a really trying time in August of 2020 and the death of a 3-year-old affects everyone, Assistant Commonwealth Attorney Ryane Conroy said.

"You can tell that from the testimony, the testimony of the police officers, the people that have reached out to us and me. The lead detective on this case did an incredible amount of work. This is something that we have worked very hard for because justice is important, holding the people responsible that are responsible for crimes like this are important in our community."

Prosecutors tried to prove that Lawless was responsible for killing Waddles and Trinity. Earlier this week, they presented text messages, video surveillance from a neighbor and an Instagram Live video that shows Waddles and Lawless arguing.

"Fifteen seconds, 11 shots, two dead," Conroy said. "There is one man responsible for the death of Brandon Wallace and Trinity Randolph."

Defense attorneys questioned the evidence from the beginning, calling it circumstantial and not enough to convict Lawless.

During closing arguments, Lawless' attorney Ryan Vantrease argued there was no direct evidence tying Lawless to both murders.

Family said they were left blindsided at the time. Just weeks later, on July 21, 2021, Lawless was back behind bars on a parole violation.

The defendant and jury were just brought back in the courtroom. Appears that one juror will now be dismissed @WDRBNews https://t.co/PKwWRLsLQ0

"The police department worked very hard on this kid's case, it meant a lot to the people of this community," Conroy said. "It was something that affected not only the direct family, but lots and lots of other people. So I am personally pleased that we were able to bring this case to an end in conclusion for all the parties involved."