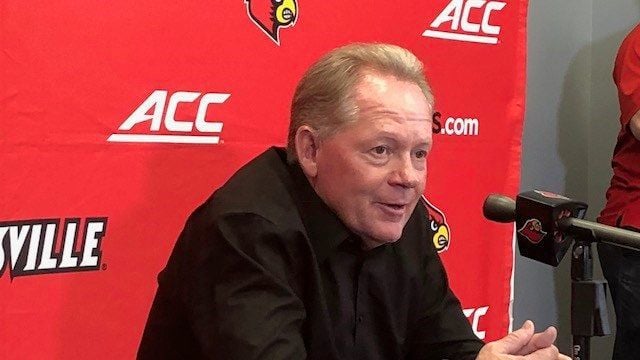 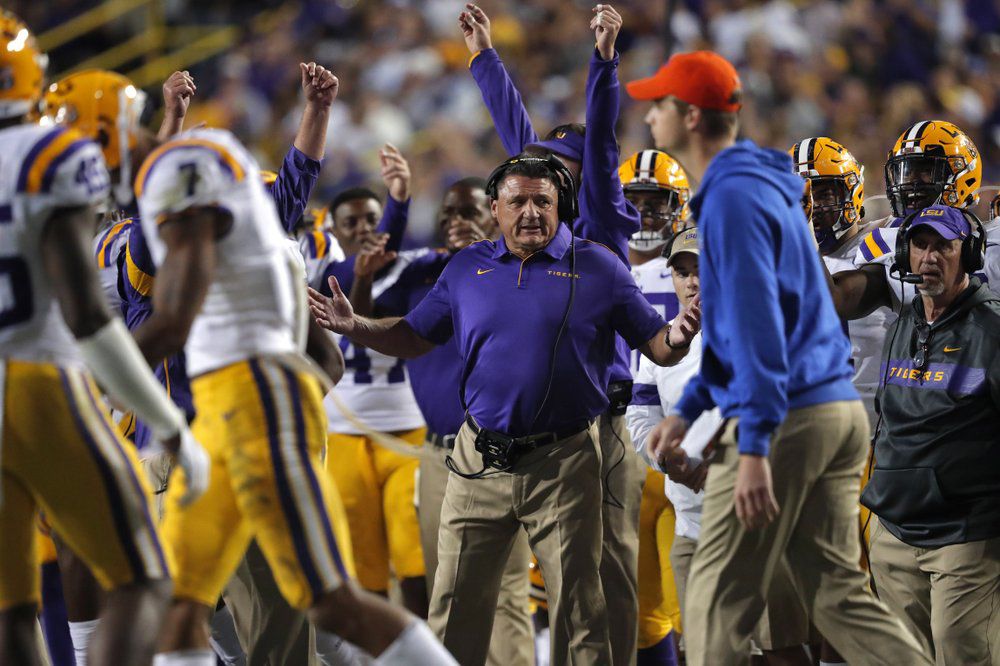 If the teams certain to vault the Crimson Tide in the next batch of ratings from the national college playoff committee keep taking care of business we should be unshackled from that cast of characters sooner, not later.

On to this week’s rankings.

1. Louisiana State (9-0) — That’s three wins against Top 15 teams, by beating Alabama In Tuscaloosa. The combined record of the Tigers’ final three opponents is 12-17. The Tigers will get the call over Alabama even if they lose the SEC title game.

2. Ohio State (9-0)— The Buckeyes have scored over 70 twice and over 50 two other times — and still have not played Rutgers.

3. Clemson (10-0) — The Tigers treated North Carolina State as if the Wolfpack voted Dabo Swinney’s team No. 5 in the first playoff poll. Swinney said he wasn’t perturbed but he acted perturbed after he was asked if he was perturbed in his post-game handshake with State’s Dave Doeren. Got that?

4. Baylor (9-0) — I know the playoff committee and the national media and the computer polls will be touting Georgia, Oregon, Utah, Oklahoma, Florida and blah, blah, blah. The Bears have two Top 25 wins and if they whack Oklahoma Saturday, I’ll be ahead of the curve with this pick. If they lose? Forget I ever said it.

5. Minnesota (9-0) — I’ve always wanted to type, “Row the Boat.” The Gophers, with help from Penn State, gave me that opportunity. I know P.J. Fleck just signed an extension but shouldn’t Florida State, USC and every other ambitious school have his agent on speed dial?

5. Alabama (8-1)— I don’t want to hear this junk about how the Crimson Tide belong in the playoff if they win out against Mississippi State, Western Carolina and Auburn. That would translate into exactly zero wins against Top 10 opponents and only one (Auburn) against a Top 15 team. LSU played Texas on the road. Auburn played Oregon. You have four non-league games. Schedule better, fellas.

4. Penn State (8-1) — Under James Franklin, the Nittany Lions have established a grand tradition of being the biggest tease in the Big Ten — a tease that hasn’t figured out how to defend the forward pass.

3. Kentucky (4-5) — I had Tennessee written in this spot in ink Saturday night. Then the second half of the Wildcats’ game against the Vols happened. I’ve heard all the explanations and excuses and reasoning for why Kentucky is in the shape it’s in at quarterback. In a world where coaches are getting fired less than two seasons into their contracts, Mark Stoops has to do a better job of player development or roster construction.

2. Michigan State (4-5) — Spartans’ fans thought critics of Mark Dantonio overreacted when they suggested the head coach was in trouble after whiffing against Arizona State and three ranked teams. After a 37-34 loss to Lovie Smith and Illinois, they don’t think that way any more. Is Spartan Nation still in love with Dantonio? As the man himself would say, “Next question.”

1. Arkansas (2-8) — Bret Bielama isn’t looking so terrible any more. Neither is Bobby Petrino. Nor John L. Smith. Nor Houston Nutt. Nor Daffy Duck nor Barney Rubble. These days I wonder if the Razorbacks would send a motorcycle and former volleyball player to find Petrino.