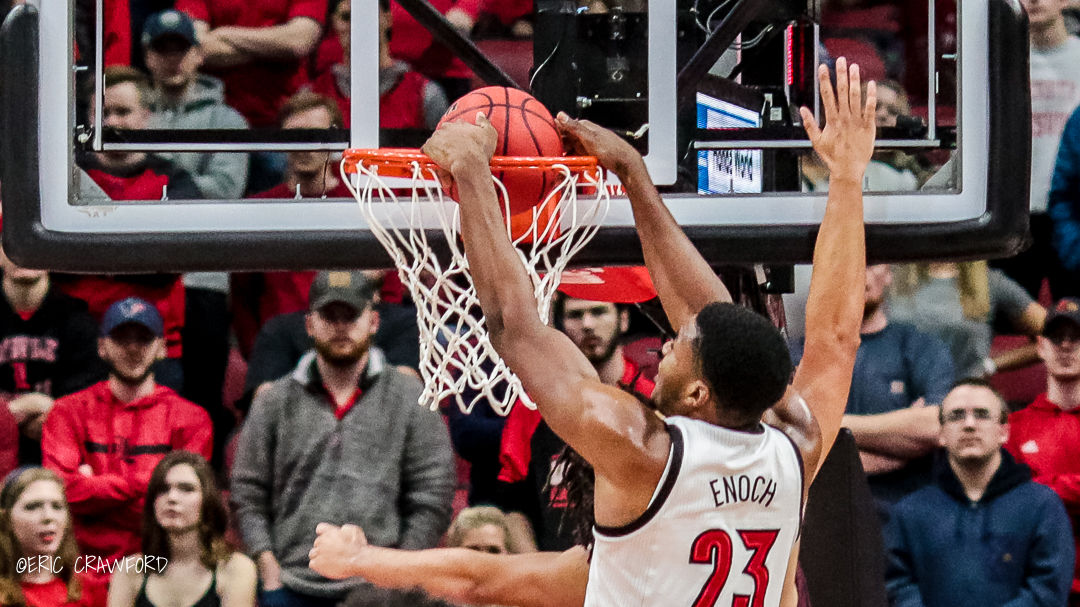 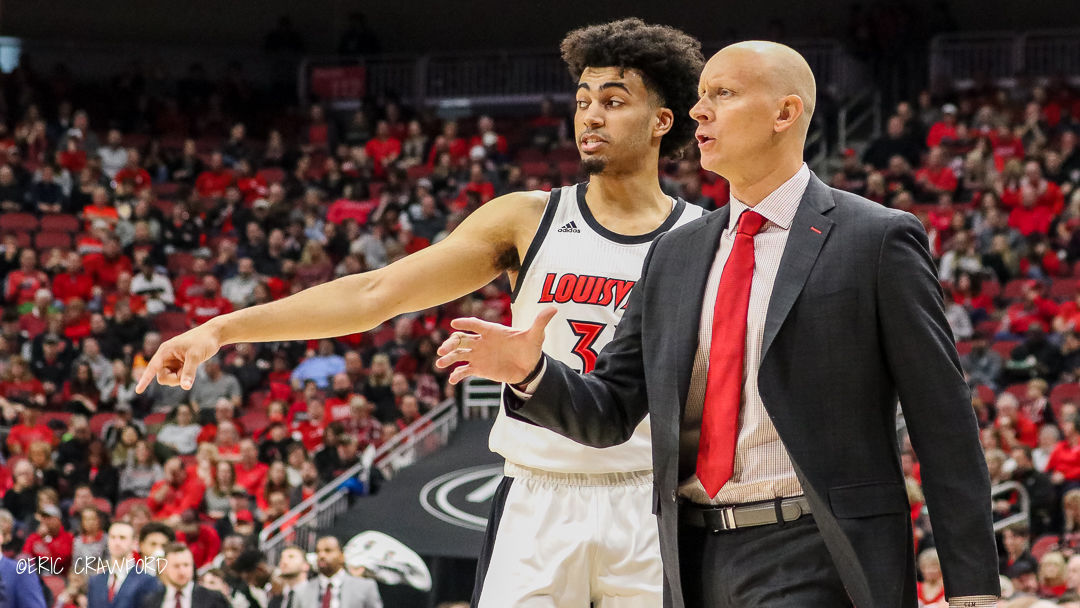 Louisville forward Jordan Nwora made a point (and 26 points) to U of L coach Chris Mack as the Cards defeated EKU Saturday. WDRB Photo/Eric Crawford

Louisville forward Jordan Nwora made a point (and 26 points) to U of L coach Chris Mack as the Cards defeated EKU Saturday. WDRB Photo/Eric Crawford

In December, the scorebook fibs.

Until Louisville and Kentucky dribble on to the same court and compete Dec. 28, the Cardinals and Wildcats are already competing, especially on a Saturday two weeks before The Game when both teams play opponents they should dominate.

EKU coach A. W. Hamilton and two of his players knew what was coming after they emerged from their locker room: questions about their views on Chris Mack's team and John Calipari's team.

I had to start with the EKU coach, a former star at Scott County High School. Hamilton understands the passions that percolate when Kentucky and Louisville play. He knows this game should be more dynamic than usual because we're talking about a pair of top-10 teams that aspire to play all three weekends of the NCAA Tournament.

"I look forward to watching it," Hamilton said.

You don't see an advantage either way?

"It's going to be a great game," Hamilton said, fighting a smile.

So they are even, that's what you're saying?

Rupp Arena — 3:45 p.m., Dec. 28. Maybe the location and date would swing Hamilton from his Switzerland-like stance.

EKU coach A.W Hamilton has played Kentucky and Louisville this season. I had to ask, didn't I? Well, I did. Three times. pic.twitter.com/RlWNvRupqC

I tried Ty Taylor, Eastern's senior guard, who led the Colonels with 13 points against Louisville. He is from Kansas City and transferred to EKU from North Carolina-Wilmington. He had no blue or red allegiance.

"It's going to be a great matchup, a game of bigs, I think," Taylor said. "UK has some great bigs, and Louisville has great bigs. I think the defining factor in that game will probably be the guards."

Which team has better guards?

"I think they're evenly matched after going against both," Taylor said. "Experience (Louisville's strength) might get them. Talent (Kentucky) might prevail. I think it will be a good matchup."

These guys were pleasant but they were no fun. Somebody had to make a call, annoy one fan base, trigger a social media storm.

Full disclosure: Hobbs confessed that he was a Louisville guy.

"Me, being a hometown guy, I think Louisville is a better club, all around," Hobbs said. "The guard play for Kentucky is really good. But all around team? Louisville is a better club. More pieces. Their bigs (are better), and they can shoot the ball really well. The way they share the ball. They hit the open guy and they make the open shots. That's a team I could see competing for a national championship."

After he missed 12 of 16 shots in Louisville's loss against Texas Tech in New York City on Tuesday night, Nwora performed like the guy who leads Ken Pomeroy's player efficiency stats against EKU.

Never mind the 26 points on only 14 field-goal attempts. Nwora had seven rebounds and did not throw the ball away once in 31 minutes.

Then there was Enoch, who missed one of his 10 field-goal attempts and also collected seven boards while scoring a career-high 23 points.

Driven by those two guys, Louisville scored 1.523 points per possession, a number that will win nearly every time. The Cards made 9 of 19 from distance, a performance that will also play in the tournament. They had 22 assists on 34 baskets.

Nwora was in the middle of all of it, competing with his determined poise and unselfishness.

"That's NBA player right there for you," Hobbs said. "He can score in so many ways."

If Hamilton was not going to budge from his stance of not picking a winner in the U of L-UK game, he was not hesitant to praise Mack's team for the way the Cardinals performed over 40 formidable minutes.

The EKU coach liked what any coach would appreciate: the way Louisville responded from its poor play in Madison Square Garden.

"I understand why they're the No. 1 team in the country," Hamilton said. "They've got a great team. They've got a veteran team They came in and they were hungry today coming off a loss. I thought they responded.