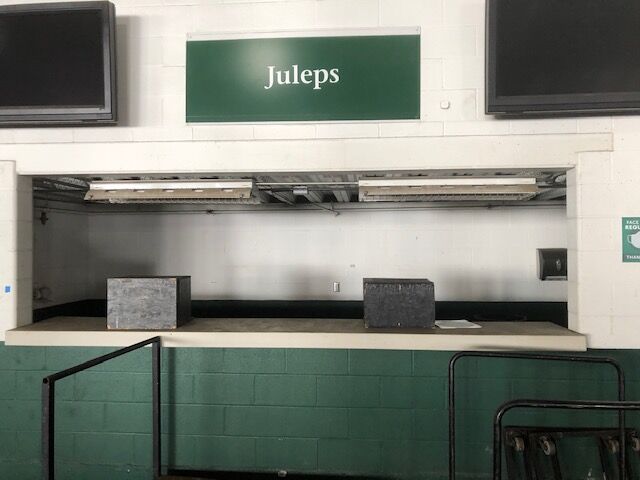 The mint julep stands were empty beneath the grandstand at Churchill Downs Saturday. 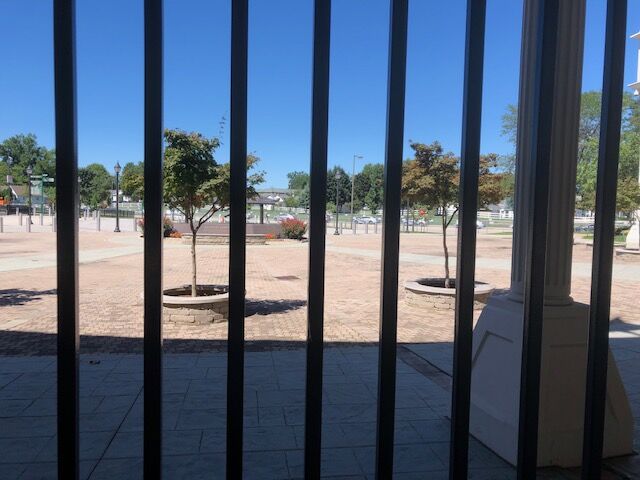 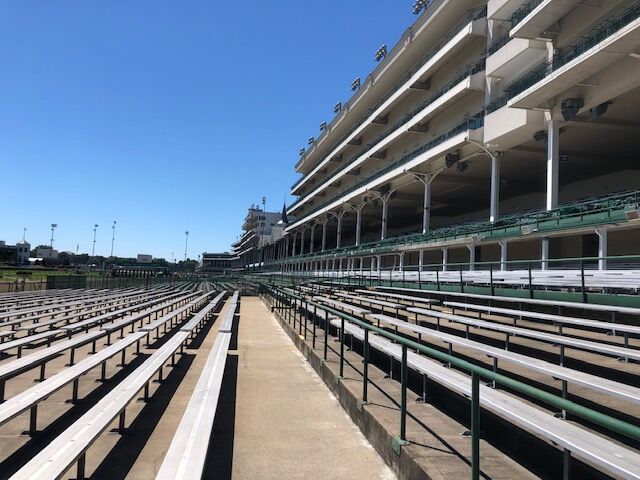 The view looking south across the Churchill Downs grandstand Saturday. 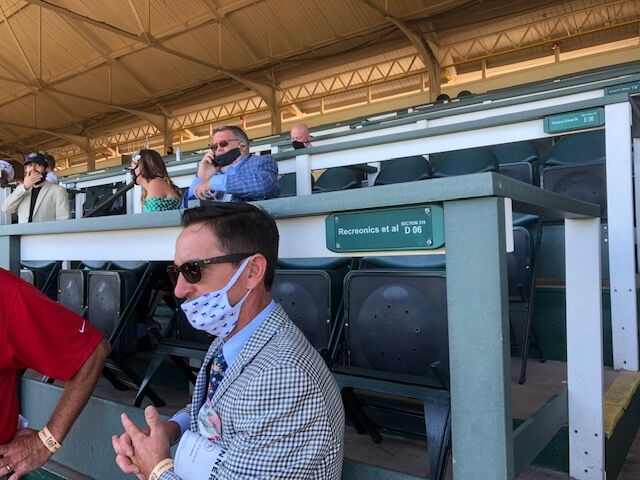 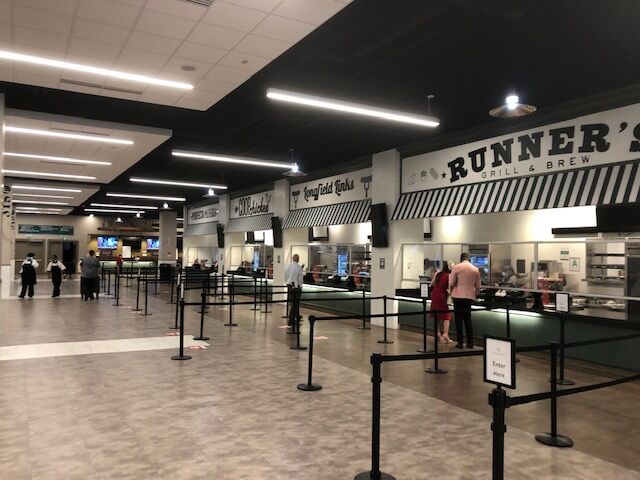 Concession stands in the second floor Churchill Downs food court were open but without many customers on Derby Day Saturday.

The mint julep stands were empty beneath the grandstand at Churchill Downs Saturday.

The view looking south across the Churchill Downs grandstand Saturday.

Concession stands in the second floor Churchill Downs food court were open but without many customers on Derby Day Saturday.

LOUISVILLE, Ky. (WDRB) — I sat on a metal bench outside The Parlay at the north end of Churchill Downs and wrote a list of everything I saw on Kentucky Derby day.

Normally, this would be a prized spot. Normally, all I would see would be hats and bright blazers and $600 shoes and cigars and beer cans and programs and mint julep glasses and discarded mutuel tickets and designer sunglasses and people carrying on as if Derby day was their favorite day on the calendar.

But I cannot remember the last time anybody used the word "normal," in the same sentence with the word "2020."

Normal got scratched. You could not use that word Saturday on a Derby day that arrived 18 weeks after the first Saturday in May because of the novel coronavirus.

This is what was normal Saturday: I was the only person sitting on the four benches. There was a hand sanitizing station at one of the benches and another at the other end.

Golf carts, policemen and media members occasionally passed by. But no $600 shoes or fancy hats or even discarded mutuel tickets.

The four metal gates that flow to the Barbaro statue were locked. Have been all week. No traffic moved along Central Avenue. Facing southwest, police cars were lined up as far as I could see.

Helicopters circled relentlessly overhead. Sirens echoed in the distance. The infield was packed with parked cars instead of intoxicated college students.

"Hard to believe, isn’t it," jockey Robbie Albarado told me from his spot in Section 319. "Whoever thought they’d see a Kentucky Derby like this?"

Not trainer Dale Romans, a born-and-bred Louisvillian who chased his first Derby win with Attachment Rate on Saturday

"Happy to have a Derby and just to be here with my family," he said.

Make a note that, in early March, Romans spent three nights in a Miami hospital with fluid in both lungs. Romans lost his sense of taste and generally felt awful. He said he was never tested for COVID-19 but is convinced he suffered from the virus.

But fear of the virus was never going to keep Romans from the racetrack on Derby day.

"I’m pretty sure my horse is sitting on a big race," he said.

I mention Albarado and Romans because they qualified as the primary Derby celebrities I encountered Saturday. I walked the 300-level of the grandstand from the north end of the track to the first turn.

On Saturday, I found Albarado, who did not have a Derby mount; Romans, who trained Attachment; Jack Knowlton, the head man of Sackatoga Stable, owners of Derby favorite Tiz the Law; and Ed Glasscock, a long-time horse racing fan and Louisville civic leader.

This was a Derby day to survive more than celebrate. Traffic into the track along Longfield Avenue was rerouted around 1 p.m. because of an incident involving Louisville Metro Police and a man who had barricaded himself in a house. Taylor Boulevard to Longfield to Winner was the way in for the first security check.

COVID-19 and concerns about protests over racial injustice as well as the police shooting of Breonna Taylor convinced Churchill Downs to limit the crowd to owners, media and essential track personnel.

A year after the race attracted 150,729 fans, the gathering was closer to 729 on a spectacular, sun-kissed afternoon. Not surprising. After initial plans to welcome more than 40,000 and then later 23,000, Churchill (correctly) called a late audible to a mostly fan-free event. Mayor Greg Fischer stayed home. So did Gov. Andy Beshear.

At 2:30 p.m., all five options at the food court on the second level were open. No lines. No waiting. Two customers. A woman selling mint juleps for $10 was making her best sales pitch for customers. No takers.

Looking for a Derby souvenir? You had to settle for a program or the mint julep glass. The first-floor gift shop was closed.

Derby fanatics with streaks of attending the race for 20, 30 and 40 or more years lamented their inability to visit the track on social media. Two of every three seats were required to be left empty in a considerably less frantic press room.

That was the scene from Kentucky Derby 146 several hours before post time.

"Hopefully next year the world will be in a much better place," Dale Romans said.