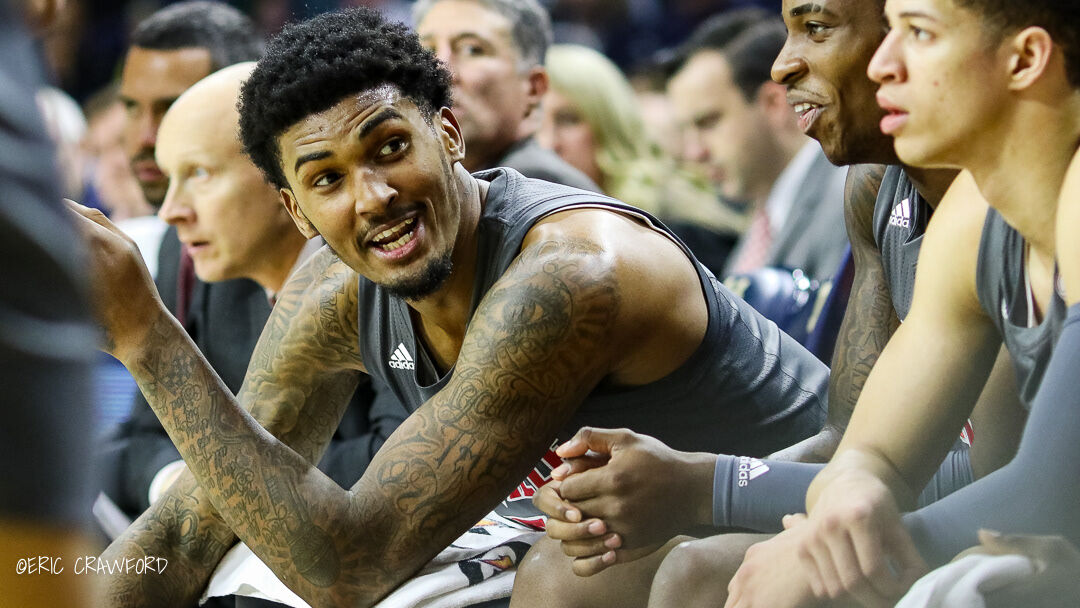 Malik Williams talks to teammates during a 2020 win at Notre Dame. 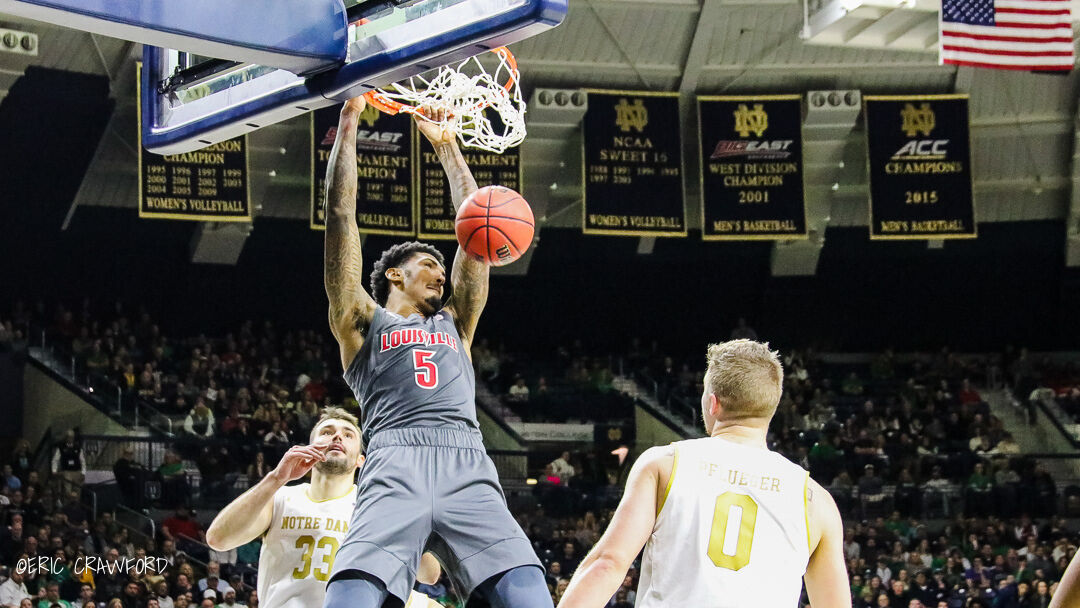 Malik Williams slams one home during a 2020 win at Notre Dame. 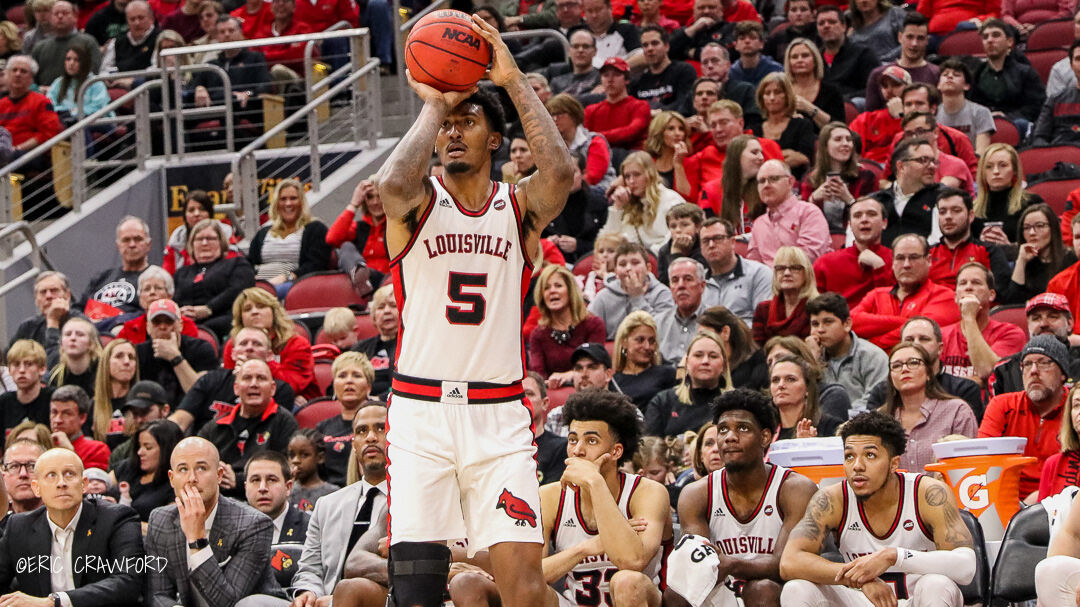 Malik Williams rises for a 3-pointer during a 2020 win over Clemson.

Malik Williams talks to teammates during a 2020 win at Notre Dame.

Malik Williams slams one home during a 2020 win at Notre Dame.

Malik Williams rises for a 3-pointer during a 2020 win over Clemson.

LOUISVILLE, Ky. (WDRB) -- It’s hard not to like Malik Williams. He is a tremendous team player. He’s a favorite among his teammates and coaches. He is intelligent, a natural leader and has insights far beyond the game of basketball.

He likely was headed out of Louisville for a professional career after this past season until injuries introduced other plans. It would be easy for him to be bitter about that.

Instead, it won’t surprise many Louisville fans to learn that he is introspective. In a conversation with reporters Tuesday, he expressed a desire to get himself into a better situation physically and to finish some business that was left hanging in 2021 when Louisville was left out of the NCAA Tournament.

While Williams’ health situation probably precluded him from leaving, he also made a compelling case for staying.

Here’s the best of what he had to say about his reasoning:

1). WILLIAMS JUST UNDERWENT MINOR ANKLE SURGERY. The senior from Fort Wayne, Indiana, got to play in only three games last season and left the last of them, a victory at Duke, after landing on another player’s foot. He felt a sharp pain in his surgically repaired right foot, and trainers told him to shut it down for a while after that.

But that’s not the only injury he’s dealing with. Recently, he underwent arthroscopic surgery on his left ankle to clean up some scarring from an earlier injury.

“It wasn't too severe,” he said. “But I had to get a scope done, go in there and get some shaving done. So I'm actually in a boot now. As far as that goes, it's a six-week process to get back. So I'm not looking at being worried about next year at all. I'll be good for the summer. Right now, I'm working on recovering my ankle while at the same time strengthening that bone in the other foot.”

2). HE SAID “I’M NOT READY” FOR THE NEXT LEVEL. If you listen to many college players today, they will tell you they were prepared yesterday, last week, last year, in high school, whenever. It’s a remarkable admission to hear a college player say it’s just not the right time. But Williams has the maturity to look at his situation realistically and make a decision based on that.

“Kind of just made the decision in talking with my old AAU coach, my mom, my brothers, just a lot of people involved,” Williams said. “And what ultimately went into it is I feel I'm not ready. When I came into this, my goal was to make it to the next level, and not just make it to the next level but stick at the next level and be able to stay there and give myself a long run in the game. I’m just not feeling prepared yet. I just felt like it was best for me to come back another year, and I'm blessed with the opportunity, so trying to take advantage of that.”

Yes, circumstances forced his hand a bit. But it takes a measure of composure to be able to assess that and accept it.

3). NOT MAKING THE TOURNAMENT PUSHED HIM “OVER THE TOP.” Williams said he regrets not being there down the stretch for his teammates. You can’t blame a guy for his injuries, but Williams came close to blaming himself.

“Going all the way back to the summer, I feel like to an extent I didn't handle myself like I should have from the jump, taking advantage of everything that was going on,” he said. “I think I could have been a little more locked in on the goal at hand, but you can't control the injury, that part of it was just God, a part of the game nobody knows the answer to. But as far as letting my team down, I feel like being a captain and a leader for four years now I just really needed to be out there with them. They needed the size, and I just felt like I let them down, not being able to compete with them, battle with them daily to get them better in the practices.”

As far as not making the NCAA Tournament, he said that was incredibly difficult, even though he wasn’t on the court.

“I think that kind of pushed me over the top making the decision to come back,” he said. “I've played in one tournament game in four years, and it just doesn't seem right. The tournament is the reason you come to a school like Louisville, so it was that feeling of letting them down. I can only imagine how it feels for a first-year guy, like me being in the NIT. Just wanting to make it better for them and be there for the next year so that I can make sure it doesn't happen again is all that I'm worried about really.”

4). HE’S RECRUITING CARLIK JONES – BUT NOT TOO HARD. Williams rooms with the Radford transfer who turned heads around the nation with his graduate year performance for the Cardinals. Jones led the team in scoring and was a first-team All-ACC selection. He also could return next season if he chose, because of a one-year NCAA allowance.

Williams said he’d love to see Jones come back and lets him know often. But in the end, he also said it’s not his place to try to exert too much influence.

“I'm on my roommate every day,” he said. “I'd love to have Carlik staying with us for another year, but he has to do what's best for him. If that involves testing the waters and leaving this year, I'll always have his back. But I'd love having him back. The talent that he is, I feel like we could really make some noise next year.”

5). WITH TURNOVER IN THE COACHING STAFF, HIS EXPERIENCE IS VALUABLE. Williams said that Mack letting go assistants Dino Gaudio and Luke Murray wasn’t a surprise, but it was a bittersweet time.

Still, he acknowledged that his coach-on-the-court role could be even more valuable as a new staff adjusts to head coach Chris Mack’s way of doing things.

“The coaches, it didn’t come as a shock,” he said. “I’ll miss those guys. I feel like they were really good coaches. I don’t think anything, like coach said, was wrong. I think it comes to a point where you’ve got to try something new and sometimes that’s just how it is. I think that’s the sad part of it. You build a connection with those guys over the years ... But we’ve still got coach Mack and coach (Mike) Pegues ... And me being around three years and knowing the system and scheme, I can be a help to whoever Mack brings in, helping with things that I see and already know.”