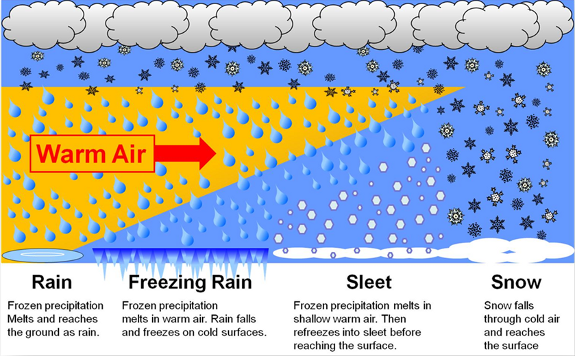 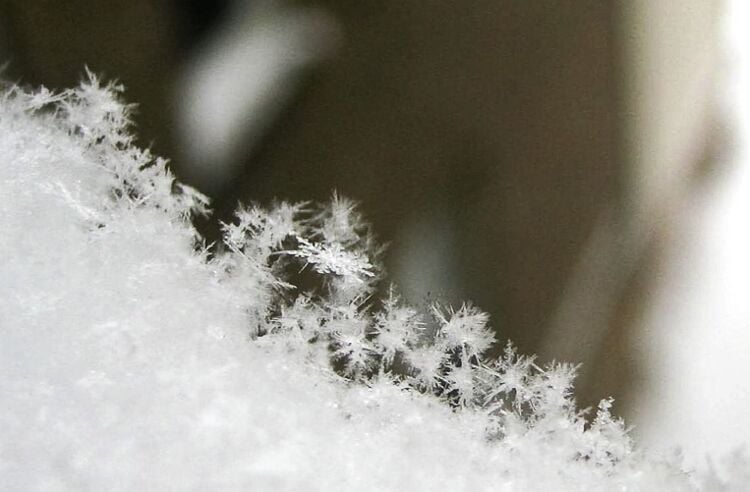 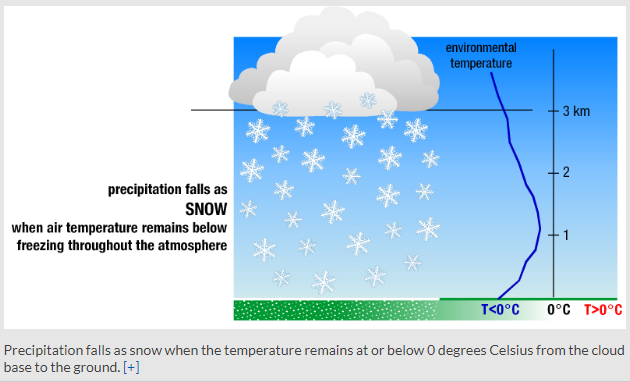 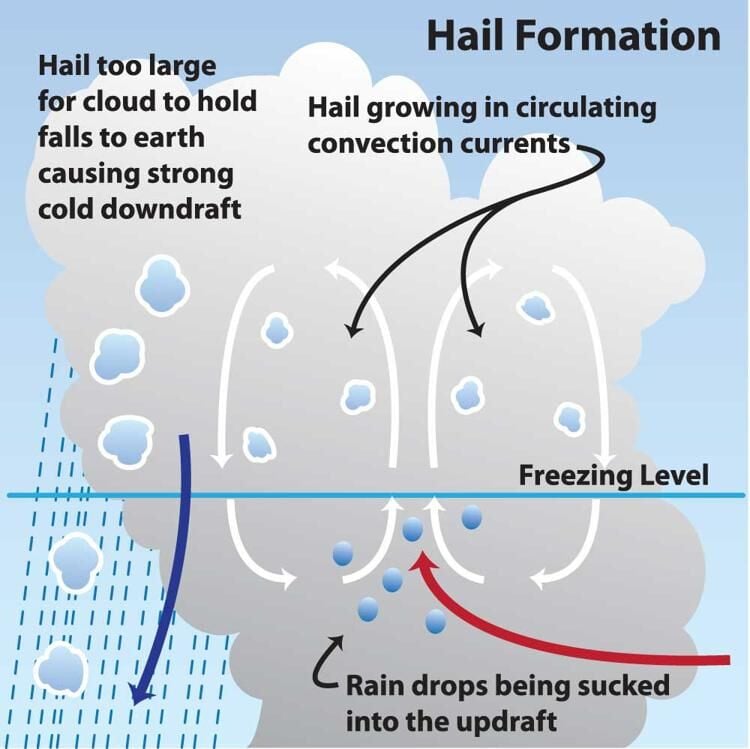 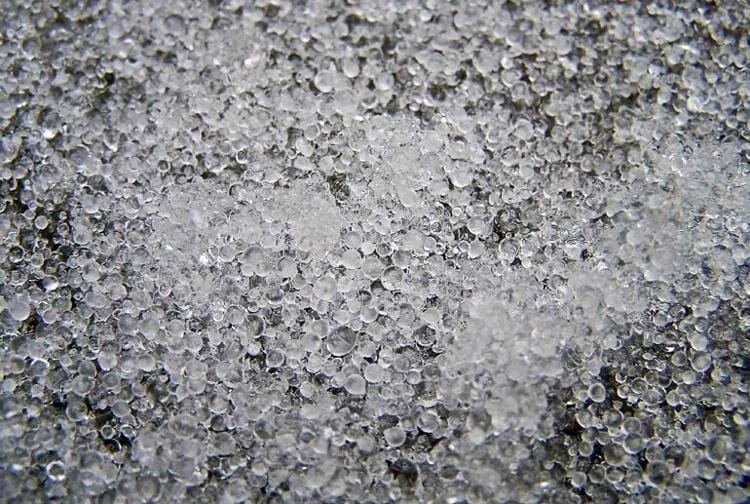 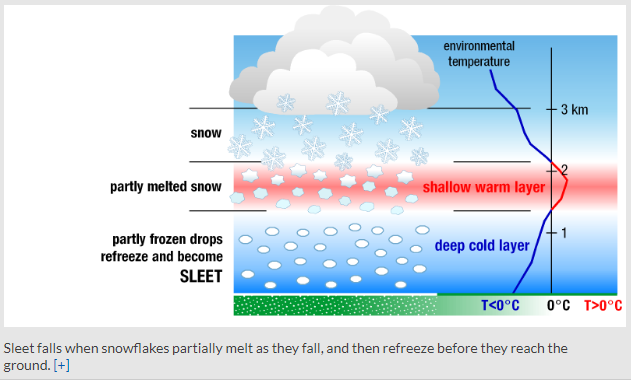 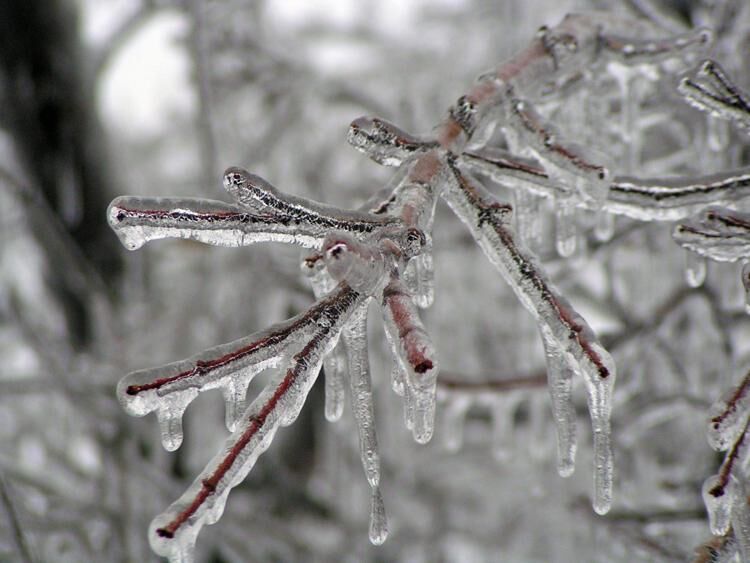 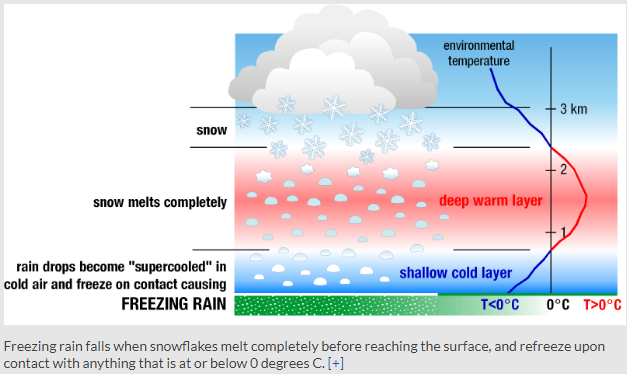 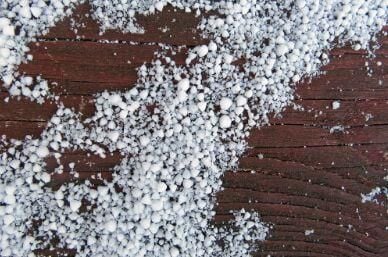 In Kentuckiana, we see all different kinds of weather and precipitation types. We get it all from severe thunderstorms to blizzards! We will see snow, rain, sleet, freezing rain, graupel, and hail...but what is the difference between all of these main precipitation types? Let's explain!

Most precipitation that forms in wintertime clouds starts out as snow because the top layer of the storm is usually cold enough to create snowflakes.

Snowflakes are just collections of ice crystals that cling to each other as they fall toward the ground. Precipitation continues to fall as snow when the temperature remains at or below 0 degrees Celsius from the cloud base to the ground. If you look at snowflakes closely, you can see their unique and beautiful shapes. For more on snow and winter storms click here.

The balls of ice that fall from clouds and can even put dents in cars are known as hail. Hail is created in thunderstorm clouds.

Water droplets form in the cloud and get pushed upward, where temperatures are colder. The droplets freeze and form hailstones. The hailstones grow as more water droplets freeze onto them. Hail will eventually fall to the ground when a thunderstorm's updraft can no longer support the weight of the hailstone, which can occur if the stone becomes large enough or the updraft weakens. Learn more about hail here.

Freezing rain falls like rain, but as soon as it touches the ground, it freezes! It can create a sheet of ice and a lot of problems on the ground.

It starts as ice crystals. The ice crystals melt and turn into water droplets as they go through a layer of above-freezing air. If the temperature in a thin layer of air at the surface is below freezing, the water droplets freeze when they land. For more information on freezing rain and sleet click here.

Graupel is a frosty kind of snow. It forms in below-freezing temperatures when snow crystals in the cloud collide with very cold (below 32 degrees) water droplets. This process is called riming. If the riming is particularly intense, the rimed snow crystal can grow to an appreciable size, but remain less than 0.2 inches. The water droplets freeze loosely onto the snow, giving graupel a soft slushy texture.

WDRB Meteorologist Bryce Jones put together a great explanation using our augmented reality graphics to help show you the difference between rain, sleet, snow, and freezing rain. You can watch that here:

Here in the Ohio Valley we get all types of winter weather. We have snow, we get sleet, and we get freezing rain, so let's go ahead and talk about how each of those happens.