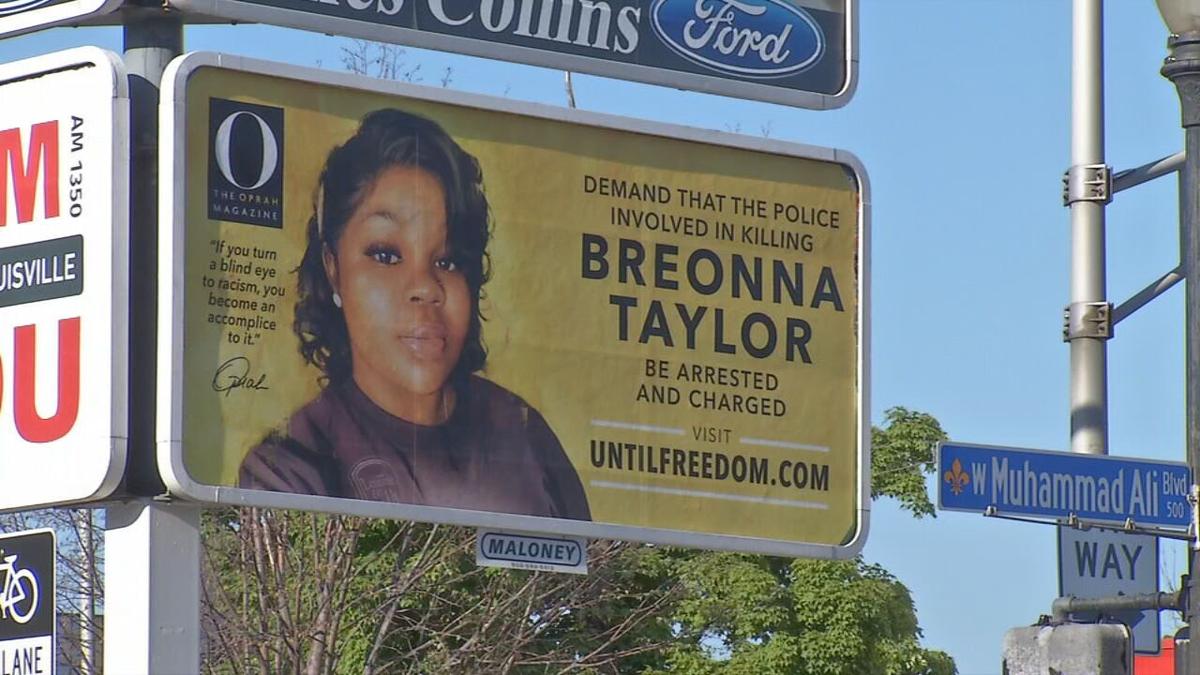 Oprah Winfrey paid for 26 billboards to be placed in Louisville calling for justice for Breonna Taylor. Aug. 7, 2020

Oprah Winfrey paid for 26 billboards to be placed in Louisville calling for justice for Breonna Taylor. Aug. 7, 2020

LOUISVILLE, Ky. (WDRB) -- Billboards featuring Breonna Taylor on the cover of Oprah magazine are up all over Louisville, and they were paid for by the publication.

In a release, O magazine said Oprah Winfrey wanted to further amplify the cal for justice for Taylor by paying for 26 billboards to mark each year of Taylor's life. The billboards feature the September magazine cover image of the Louisville woman with a call to action that reads: "Demand that the police involved in killing Breonna Taylor be arrested and charged. Visit UntilFreedom.com."

Until Freedom announced in early August that it would take up residency in Louisville. The organization was also behind the demonstration outside the east Louisville home of Kentucky Attorney General Daniel Cameron where 87 people were arrested.

Cameron's office is handling the investigation into Taylor's death. The 26-year-old EMT was shot to death in March by Louisville Metro Police serving a no-knock warrant on her apartment off St. Anthony's Church Road in south Louisville. A spokesperson for Cameron said on Thursday that it is waiting for "additional testing and analysis from federal partners, including a ballistics test from the FBI crime lab."

Taylor's death has prompted weeks of protests in Louisville and has garnered nationwide attention from media, civil rights activists and celebrities. In May, Cameron's office was tasked with determining if charges should be filed against the officers. But Cameron has not said when he expects the investigation will be complete.

Until Freedom plans a rally in downtown Louisville on Saturday afternoon with the families of Breonna Taylor and Michael Brown.

HOW TO WATCH | Kentucky tries to extend defensive dominance, win streak at Missouri

HOW TO WATCH | Back at home, Louisville faces crucial matchup against Florida State