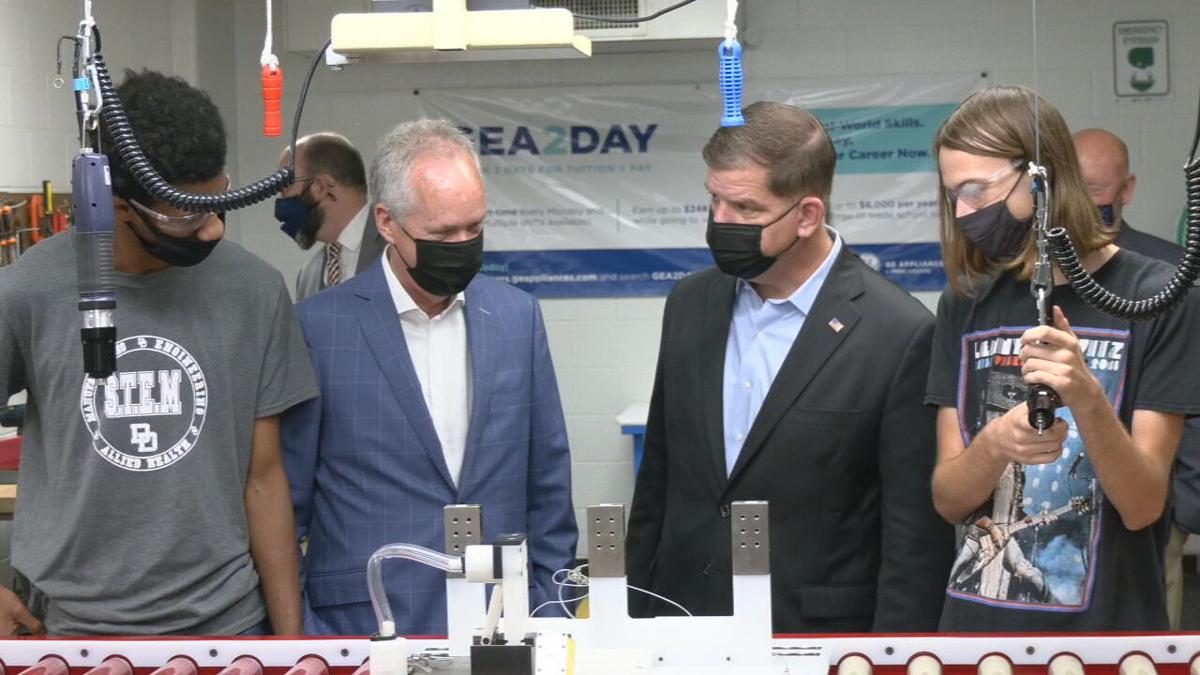 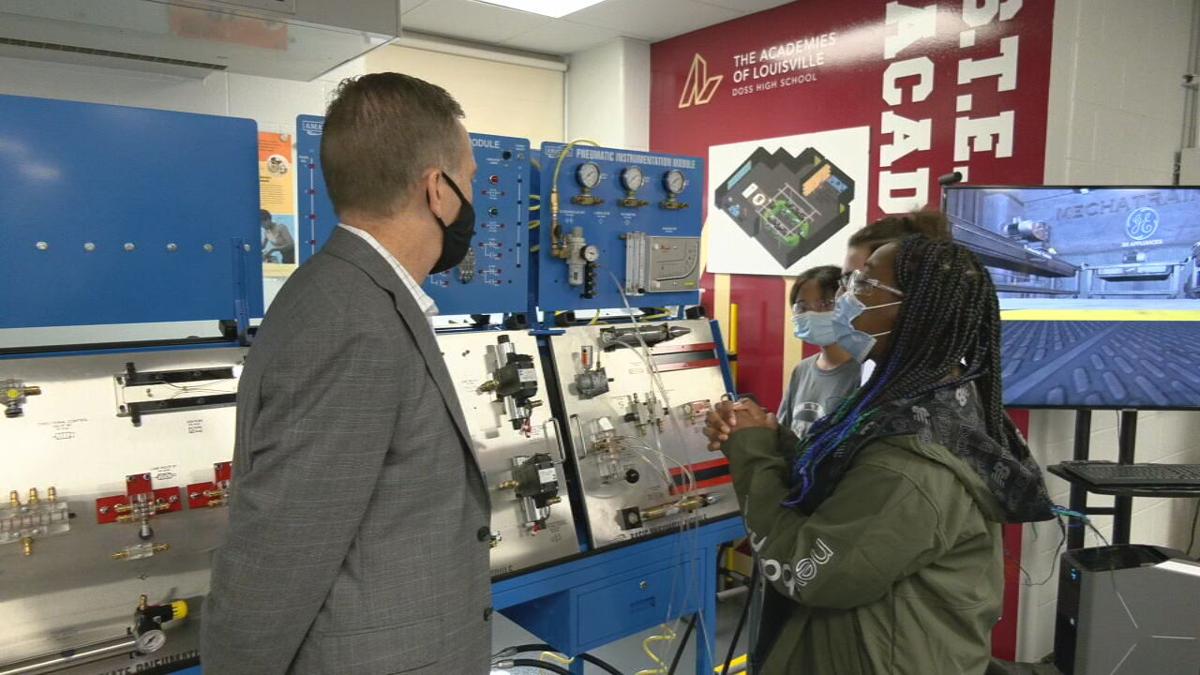 Labor Secretary Marty Walsh made a series of stops in the city Wednesday to promote Biden’s proposal.

Walsh spent the morning touring the manufacturing lab at Doss High School for a firsthand look at what's being done to prepare students for careers. Doss students learn to use equipment donated by GE Appliances to earn a certification that would allow them to work at GEA after graduation.

He also stopped at the in-school credit union where students are trained in finance. Walsh said it is programs like these that Biden wants to encourage in his "human infrastructure" plan.

The proposal is stalled in Congress, and Walsh came to the backyard of Senate Minority Leader Mitch McConnell to promote it.

"There are people in the state of Kentucky that need to go to work, want to get into the middle class, want to get good paying jobs," he said.

The Labor Department is also in charge of carrying out Biden's mandatory vaccine program for businesses with 100 employees or more. Walsh said it would also help boost the economy.

Walsh said there's no timetable yet for rolling out the regulations, but some Republicans are promising a legal fight.

Walsh also commemorated National Recovery Month with a private tour of The Healing Place and was scheduled to hold a town hall meeting with Louisville employers at the Muhammad Ali Center.

Walsh, who is the former mayor of Boston, was accompanied by Louisville Mayor Greg Fischer.