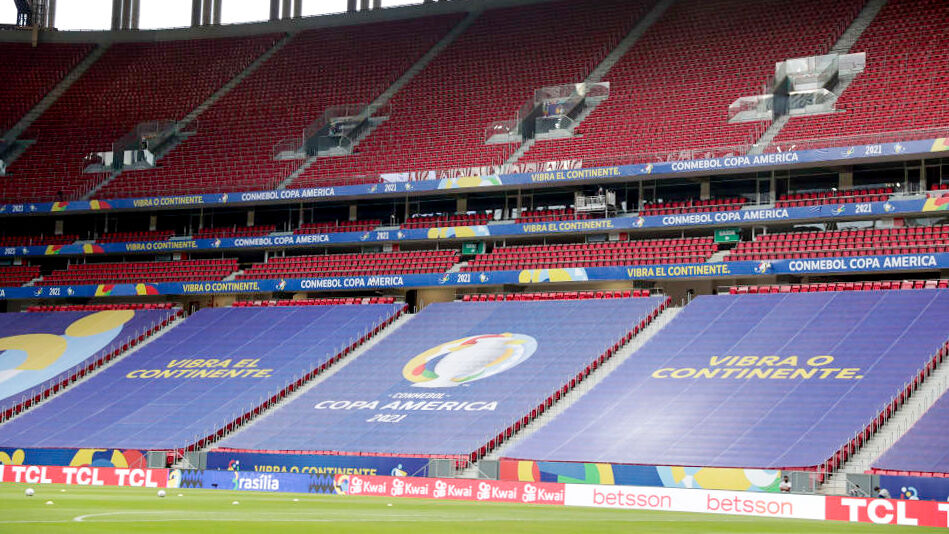 Stands are seen empty at the National Stadium prior to the opening Copa America match between Brazil and Venezuela in Brasilia, Brazil, Sunday, June 13, 2021. (AP Photo/Eraldo Peres) 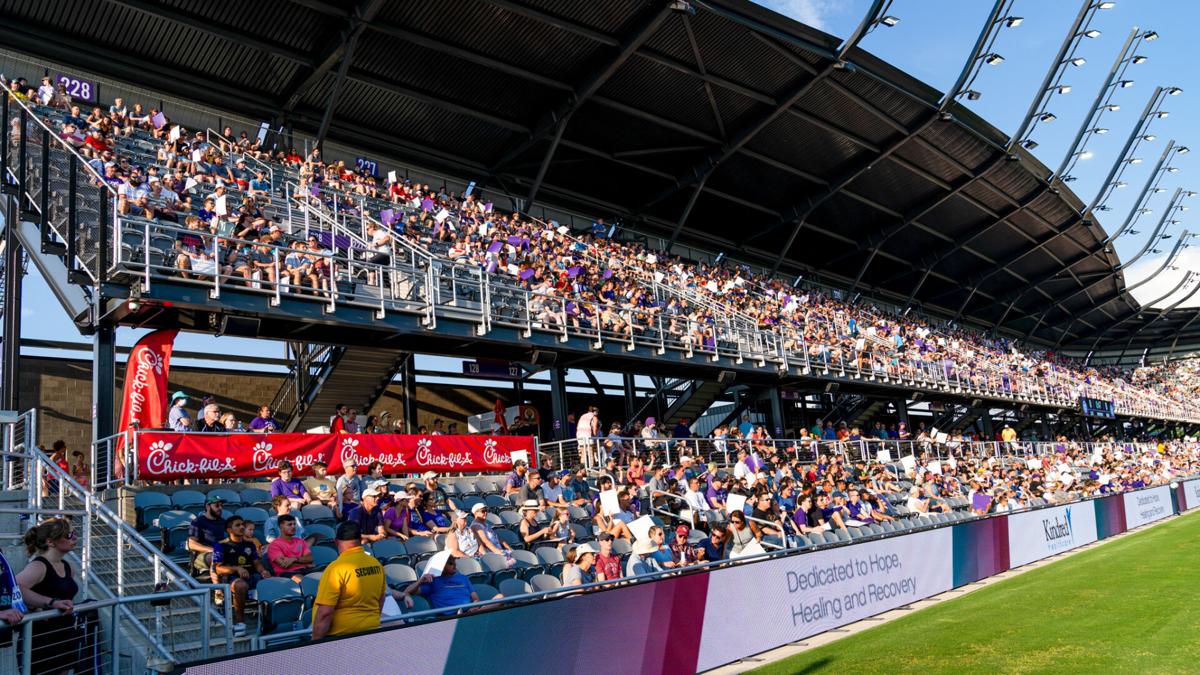 Stands at Lynn Family Stadium for the facility's first full-capacity game on June 12, 2021.

Stands are seen empty at the National Stadium prior to the opening Copa America match between Brazil and Venezuela in Brasilia, Brazil, Sunday, June 13, 2021. (AP Photo/Eraldo Peres)

Stands at Lynn Family Stadium for the facility's first full-capacity game on June 12, 2021.

LOUISVILLE, Ky. (WDRB) – Lately, I get all the COVID news I need (which isn’t much) from the sports pages.

Here in Kentucky, we’re open for business. The universities of Louisville and Kentucky have announced plans for full-capacity venues in the fall. Events around the city and state are on a back-to-normal (or pretty close to it) footing. Life seems to be getting back to a regular rhythm.

But you don’t have to look far to find places where that’s not the case. I got a notice from the Southeastern Conference earlier this week, which will hold its football media days in two weeks in Birmingham, Ala.

Birmingham is in the middle of a group of five under-vaccinated clusters in the U.S., and the measures being undertaken there are like nothing you’d see just five hours away here in Kentucky. Capacity restrictions in the main media room. Tight monitoring of single-day vs. whole event credentials. No following players and coaches from station to station for B-roll video.

And there may be other restrictions, such as limiting radio row interviews. Birmingham and the surrounding county have one of the highest vaccination rates in Alabama, with 35.5 percent having received two doses – but that still lags the national rate of 60 percent considerably, and there are concerns that COVID hospitalizations in the state again are on the rise.

(So far, no such restrictions have been announced for ACC Media Days in Charlotte or the Big Ten in Indianapolis, though safety measures doubtless will be utilized at those events, too.)

Flip on the national news and you’ll learn that Tokyo has declared a COVID emergency and ruled that spectators will not be allowed at the upcoming Olympic Games. Japan has managed the pandemic well, thanks mainly to virtually universal masking, but as a result, perhaps, its vaccine rollout was slow, and a spike in cases this week prompted it to declare a fourth COVID emergency and scuttle plans for domestic fans to attend the games.

The empty stands will be a reminder that life isn’t back to normal everywhere. That’s the same message you’ve seen if you watch the UEFA Euro 2020 Championships, with stadiums ranging from low capacity to high, to empty. At the Copa America 2021 in Brazil, spectators are out of the question because of the situation in that country. Colombia and Argentina backed out of sharing host duties for the event.

In London, with a high vaccination rate of around 64 percent, Wimbledon is being held cautiously as a “pilot event” with 50 percent capacity in venues until the singles finals, which will allow 100 percent. Proof of vaccination is being required for attendance, as well as a negative COVID test or proof of a full recovery. Fans are required to wear face masks on the grounds, but not once seated and socially distanced.

The North Carolina State baseball team learned that the hard way. The rule that knocked the Wolfpack out of competition at the College World Series when players (both vaccinated and unvaccinated) tested positive for COVID may or may not make sense, but it was the rule. A simple shot could’ve rendered the question moot and not left a cloud over the tournament, and a devastating end to a fantastic season.

We’re entering a time when the new Delta variant of the virus figures to increase case numbers around the country. But it’s important to remember, we’re not back where we were a year and a half ago. We have vaccines. We have a better handle on treatment. Right now, today, any unvaccinated American can find a dose of the vaccine fairly easily and set up a time to be vaccinated.

It’s no iron-clad guarantee. On Thursday, former University of Louisville All-American Pervis Ellison told WDRB’s Rick Bozich that he contracted the Delta variant even after receiving his doses of the Pfizer vaccine six weeks earlier. For four days, he said, he was flat on his back, and for two of those days was hospitalized. Still, out of the hospital, he had recovered to about 80 percent in a few days.

For most who have been vaccinated, contracting COVID won't mean a trip to the hospital.

In most places, Kentucky included, normal life should continue, and the more people who get vaccinated, the more that will be insured.

But as we settle in for the Olympics and other sports in the second half of summer, they are a great reminder that depending on where you are in the world, and in the country, COVID remains a formidable opponent, even if the clear key to victory is in our hands.