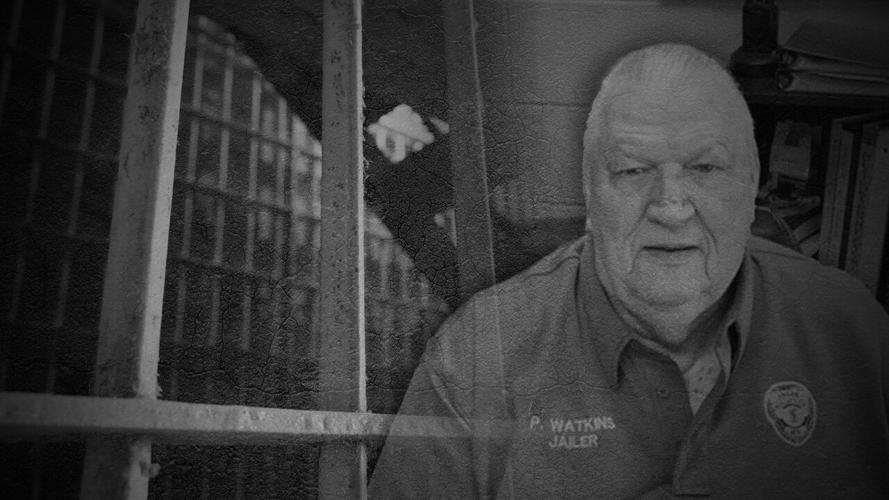 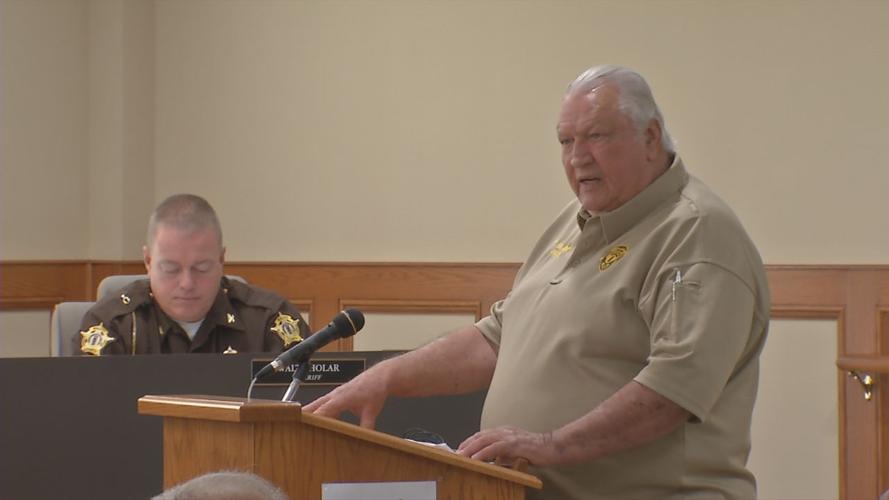 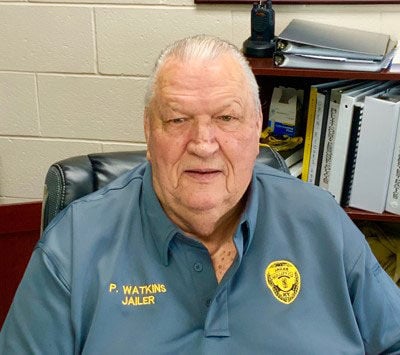 LOUISVILLE, Ky. (WDRB) -- A Black former employee of the Bullitt County Jail filed a lawsuit against Jailer Paul Watkins, alleging Watkins forced him to attend a GOP fundraiser against his wishes earlier this month.

The lawsuit was filed Friday in Bullitt Circuit Court on behalf of Anthony Maddox, the former employee.

According to court documents, Maddox started working as a deputy jailer at the facility in 2019. The lawsuit alleges that, eight months after Watkins took office, 35 employees stopped working for the jail "due to the hostile and unprofessional work environment created by Jailer Watkins."

WDRB News has spoken with a number of employees who have accused Watkins, who is white, of racist and sexist comments.

In this most recent lawsuit, Maddox claims Watkins forced him to go to a GOP fundraiser — the Lincoln Reagan Dinner 2022 at the Paroquet Spring Conference Center in Shepherdsville — on April 9. The dinner featured U.S. Sen. Rand Paul as the keynote speaker.

Maddox then reported the conversation to three different supervisors, who allegedly told him he was only getting this treatment because he was Black.

Maddox attended the April 9 fundraiser with Watkins and two other Black employees. According to the  lawsuit, Watkins, "paraded Anthony and his black coworkers around as his good  friends and employees." But during that dinner, while Watkins was away, several attendees of the fundraiser approached Maddox and told him he should contact an attorney because a "powerful video" was coming out April 11 that would expose him as a racist and "would be a bombshell."

"He used all three of us for show," Maddox said. "They, at the Republican event, they even knew that, you know? It was written all on the walls, every time we went out in public, he wants to take a Black person to show somebody that he's not racist."

According to the lawsuit, Maddox was so "humiliated and distressed" after the dinner that he became ill and called out sick.

Two days later, on April 11, WDRB News reported on a recording secretly made of Watkins in March, in which the jailer made racist remarks against members of his own family.

In part, Watkins can be heard making the following statement:

Among other slurs, Watkins is heard using the "N-word" six times in the nearly 64-minute recording. It is now part of a whistleblower lawsuit filed against Watkins last year by two former employees of the Bullitt County Detention Center.

After hearing the recording on the WDRB News report, Maddox quit his job at the jail, citing "the racially intolerable conditions of his employment created by Jailer Watkins that were so subjectively and objectively intolerable and commonly known among coworkers and the public that any reasonable black employee in Anthony's position would feel compelled to quit."

Watkins was elected in 2018 and is up for re-election.

Lawsuits represent only one side of a story. His attorney, Carol Shureck Petitt says the jailer made those recorded comments at a time when he was under personal stress.

In a new statement, Petitt says, "Despite the ongoing efforts of a small group of people to discredit and undermine Jailer Watkins, Jailer Watkins has continued to perform his work at the jail admirably.  Mr. Maddox has exercised his right and filed a lawsuit seeking money damages and we look forward to proving Mr. Maddox’s version of events as blatant untruths. "