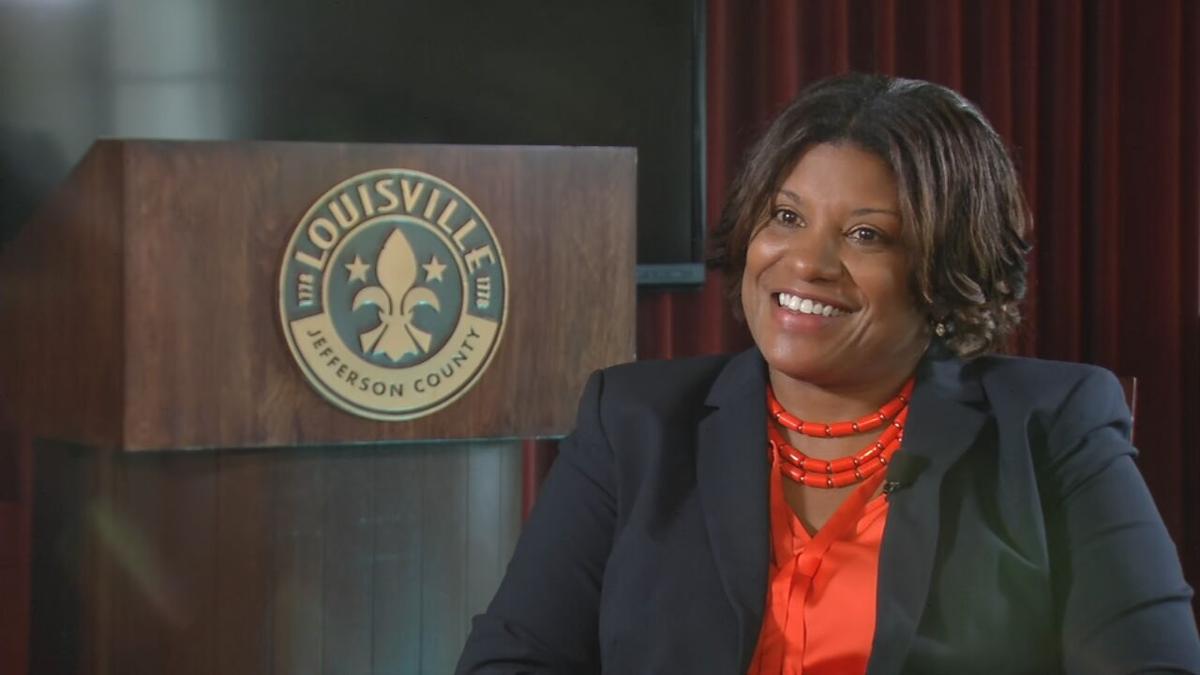 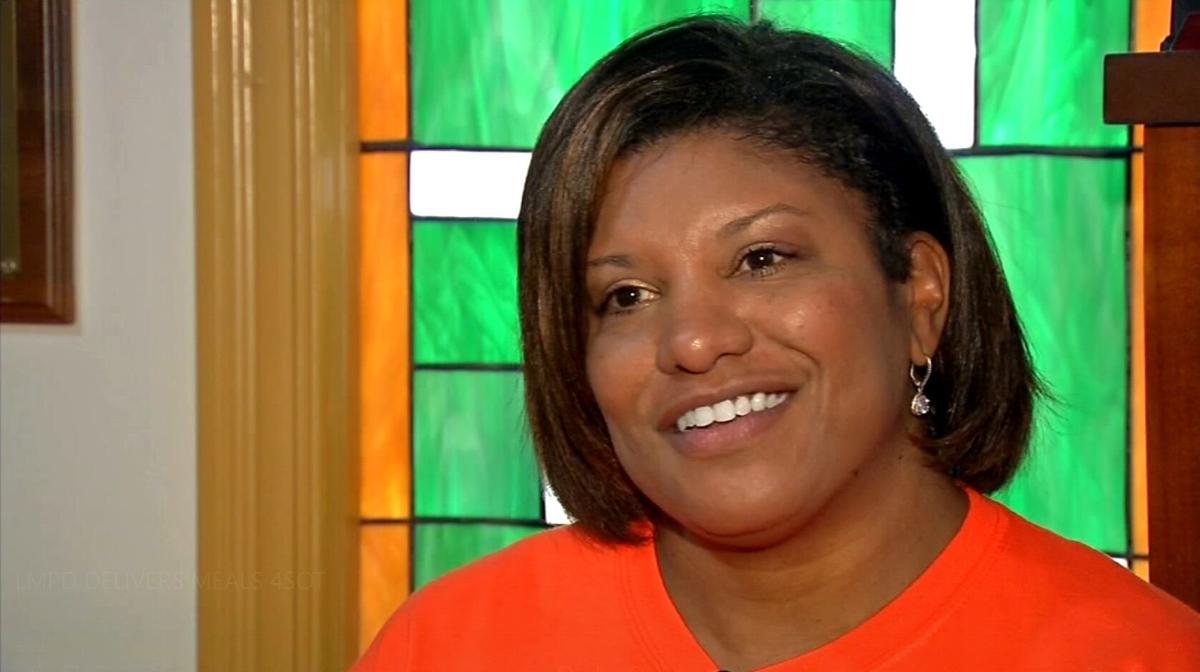 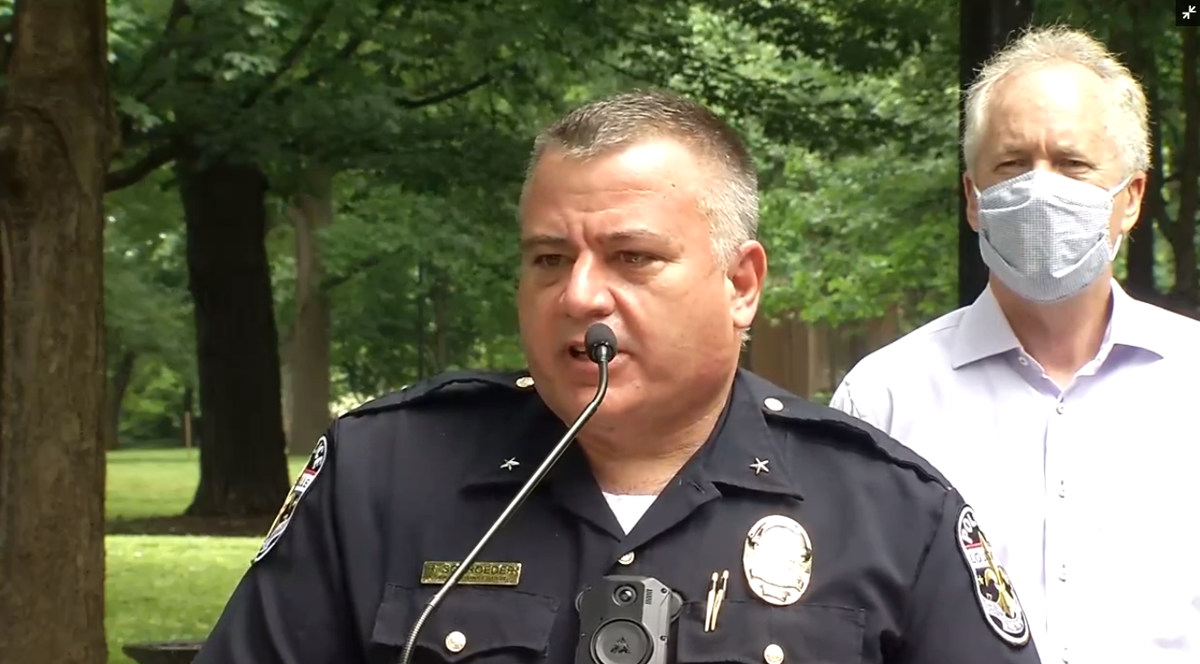 Acting LMPD Chief Robert Schroeder speaks during a news briefing on June 10, 2020, to discuss the process the city will use to find a new police chief following the firing of Steve Conrad on June 1. Schroeder also announced a new policy governing when tear gas will be deployed to disperse crowds. 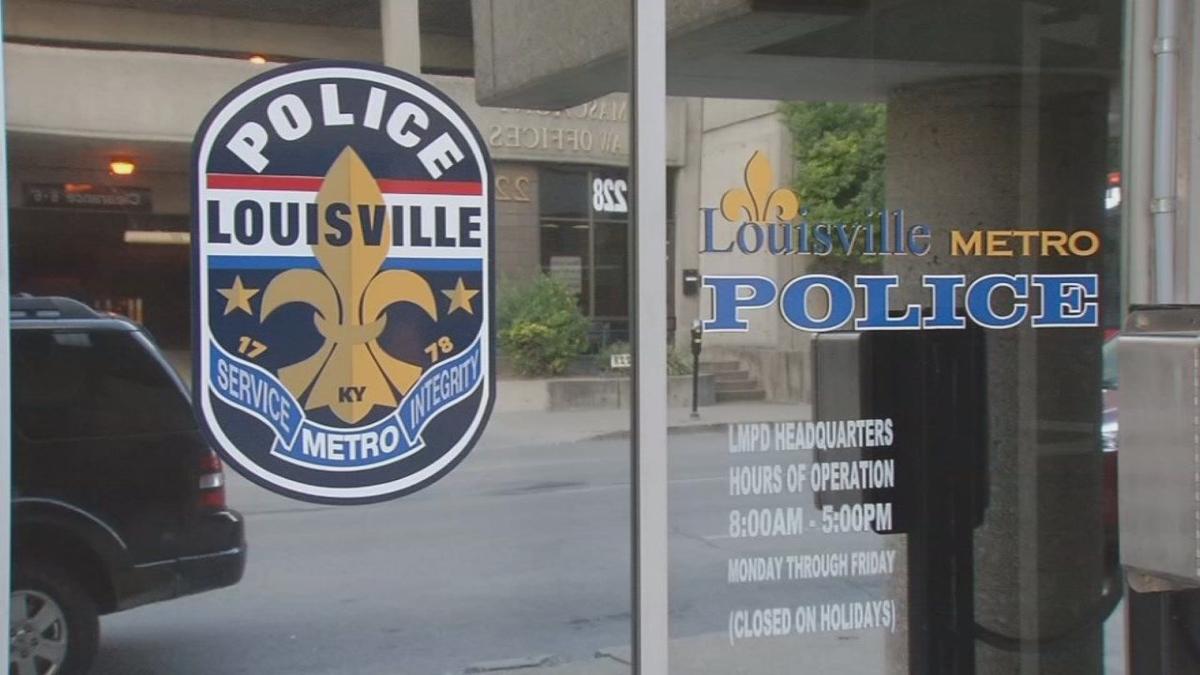 Acting LMPD Chief Robert Schroeder speaks during a news briefing on June 10, 2020, to discuss the process the city will use to find a new police chief following the firing of Steve Conrad on June 1. Schroeder also announced a new policy governing when tear gas will be deployed to disperse crowds.

In an online news conference held on Labor Day afternoon, Louisville Mayor Greg Fischer announced that former LMPD Deputy Chief Yvette Gentry will be assuming the role of Interim LMPD Chief later this month, even as the search continues for a new permanent chief.

Gentry will replace current Interim Chief Robert Schroeder, who is retiring Oct. 1 after serving only three months in the role. She will be the first African-American woman to serve as Louisville's police chief, even on an interim basis.

Fischer said Gentry has not applied for the permanent police chief, and is not interested in serving in the role. She has agreed to a six-month term in the interim position.

"I do believe, and I have said it over and over, truth before reconciliation," Gentry said in an interview with WDRB's Stephan Johnson. "I am excited about the police chief search that is going on. I want them to find a permanent chief, but I think there is a different person that can stand in that gap that knows from experience a lot of things that can help us maybe accelerate moving forward in a more equitable manner, so I felt like it should be me to stand in the gap and do this."

Gentry is a Louisville native, a graduate of Central High School and the University of Louisville and served in the United States Army National Guard. She was first employed with the police department in July 1990, when she began her career as a communications specialist. Gentry became an officer with what was then the Louisville Division of Police in 1994. She would go on to join LMPD's executive command staff in Jan. 2006, and move up the ranks to eventually be named Deputy Chief of Police in Jan. 2011.

She retired from LMPD in 2014, eventually assuming the role of director of Youth Detention and Prevention Services. In 2015, Mayor Fischer hired Gentry as the city's Chief of Community Building.

When asked what she would say to Louisville citizens who have concerns about the state of the city, Gentry said "We all have work to do."

"When I said it is a day of reckoning for our city, I thought about that. I was like, 'people are losing their minds from seeing boards on buildings for four months, right, and seeing this stuff.' Some communities have been seeing boarded up buildings and violence for a very long time but, as long as it was contained, it never got the attention that I feel like it deserved," she said. "So now is the time for us to address it all ... it's not a single struggle issue, I am going to say that over and over. It is not a single struggle issue."

Gentry said she is also waiting on Attorney General Daniel Cameron's decision in the Breonna Taylor investigation, and she is waiting to hear the evidence and facts in the case. When asked what she would say to those who assume the department hired a Black female as interim chief ahead of the AG's announcement.

"I am no optic. I'm not here for that," she said. "Anybody that knows me, that has known me, I am not here for that. To be propped up, to be the Black face. I am waiting to hear the facts. If there is something that I feel like ... I want to hear the evidence. I have been an investigator a long time. I know that there (are) a lot of lies being told out there, just in social media. A lot of people just see different stuff and I don't know what the truth is because I haven't seen anything. Like I said, I haven't walked across the street to get a file. I won't be privy to that until September, so I am waiting on the AG's ruling as well to see what we can learn from this to go forward as a better police department."

As noted, Gentry will replace Schroeder, who has been serving as interim chief since June. Mayor Fischer has said he would not have any input during the selection process of a new chief.

Schroeder has had to deal with the intense national spotlight on the department over the Breonna Taylor investigation, protests over social justice and the plummeting morale of LMPD officers.

Former LMPD Chief Steve Conrad was released on June 1 by Fischer. Conrad's departure came after officers did not record body-camera footage of the fatal shooting of David McAtee. The food stand owner was killed amid a gunfight involving LMPD officers and National Guard troops, who were trying to disperse a crowd at Dino's Food Mart. That's a gas station-restaurant at 26th Street and West Broadway. Conrad had announced he intended to retire at the end of June.

The posting for the LMPD chief's job closed on Aug. 31, but Fischer has said he didn't expect to name someone to the position until the end of the year. That's when results from a top-to-bottom review of the department and its 1,200 officers is expected to be complete.

More than 10,000 people responded to an online and phone survey about the search for a new chief. Frequently used phrases from the community shows residents want the new chief to be "accountable," "community oriented" and "a person of integrity." The public also wants a "good communicator" who is "transparent." Respondents in the community also said they want the new chief to "promote based on merit" and "address officer discontent to improve retention."

"From a community standpoint, I think sometimes people don't understand how hard it is and how hard it is to be that rookie officer that can't make the decision, that doesn't do the communication, that is following an order or something like that and feels caught in between," Gentry said.

For the last several months, officers have worked long hours during a global pandemic.

When asked what she feels would improve the department, morale and community trust, Gentry said the union needs to be a part of the change they want to see.

"The union, like I said, has to be apart of the change that we want to see...for the sake of good police officer," said Gentry. "They have to say, this is the standard, this officer fell below the standard and they gotta go. I think the first time I ever saw a statement at all about, you know, putting out a statement to say, 'we do not tolerate this' was in George Floyd. So, I think those are some of the things that have to change to say, this is the standard for people to believe that there is a standard."

Gentry said being transparent and upfront with the public is also important. Especially when it comes to officers.

"They're going to make mistakes, some of it is inexcusable and when it is, you just gotta speak it. I feel like the city can't save them; nobody can save the reputation of the profession but the people within the profession," she said.

Gentry said she plans on talking to the community once on the job.

"I just gotta talk to people. I feel like some voices haven't been heard," she said. "We gotta come out of this better. We can't go through all of this and not come out better, that would be a tragedy."