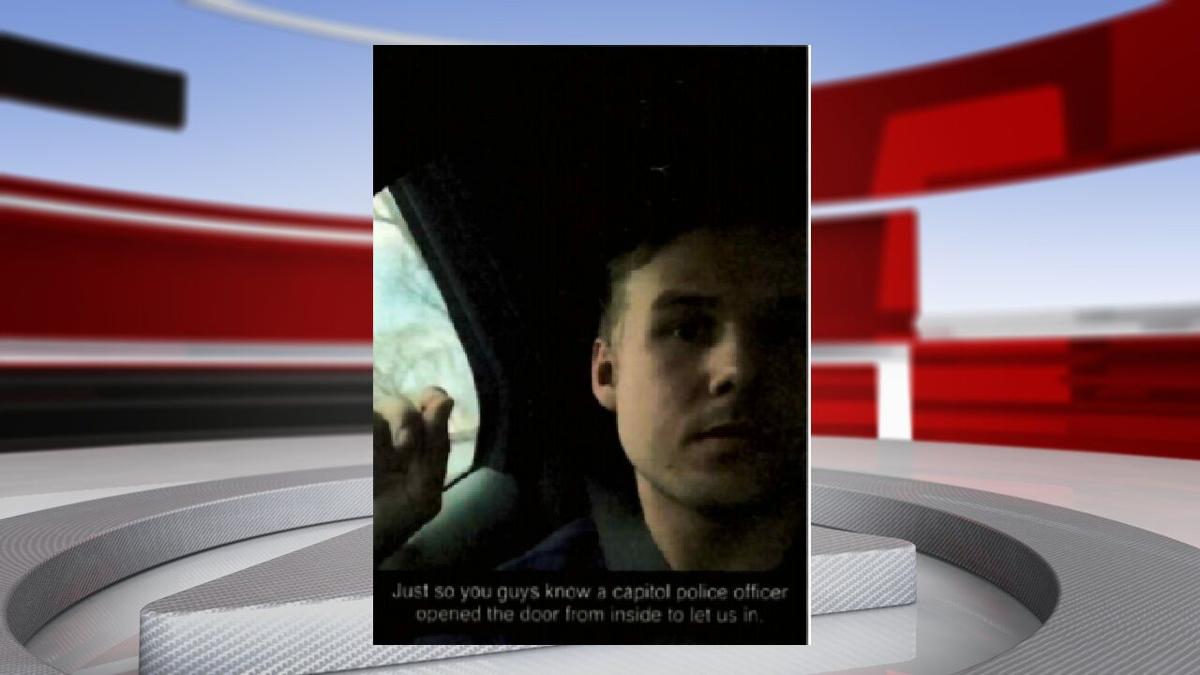 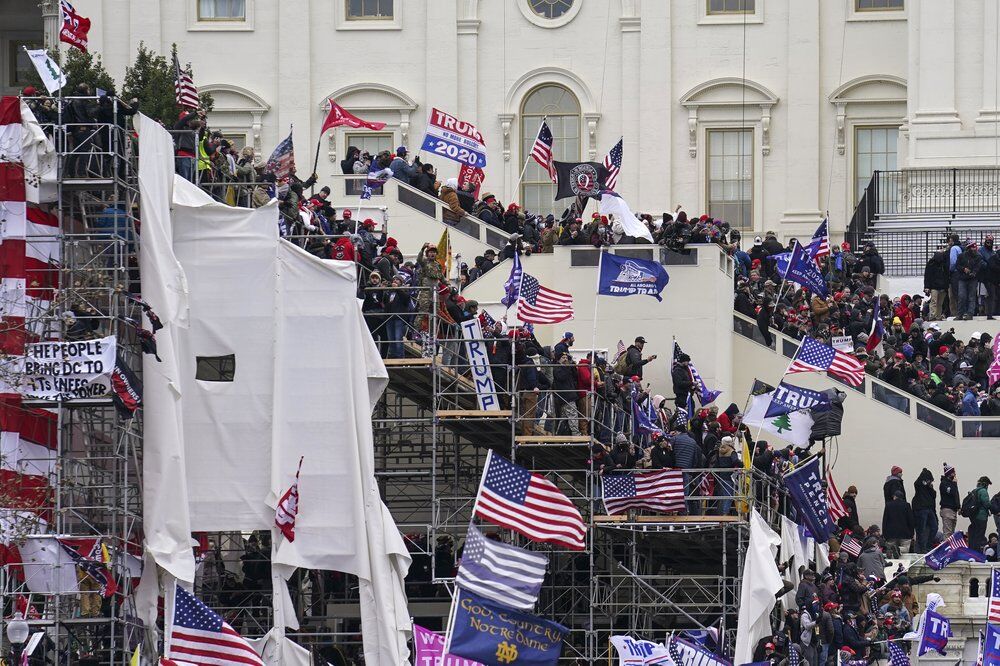 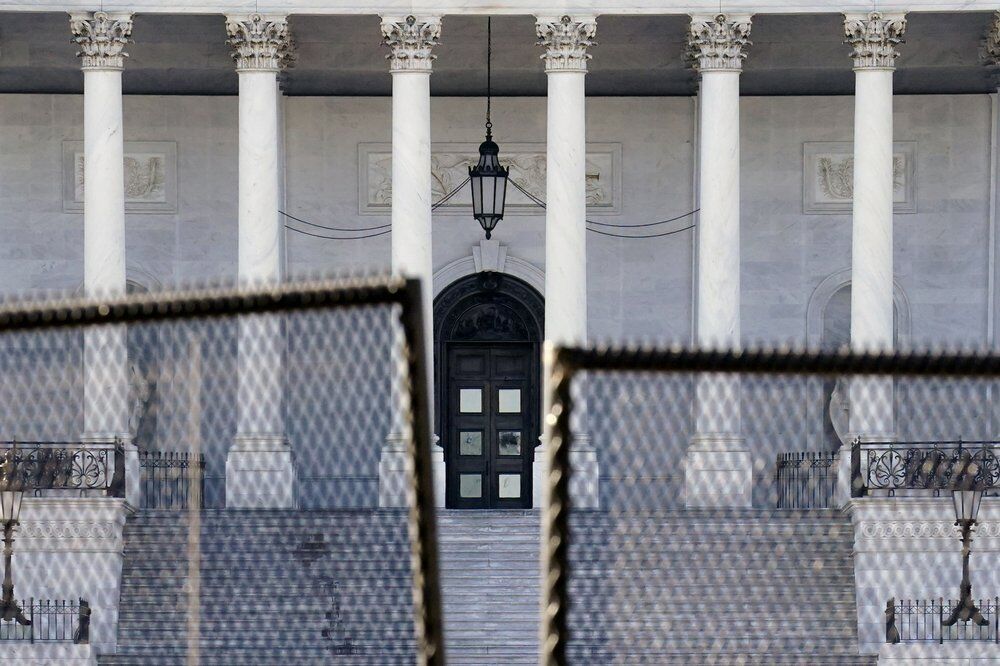 Fencing is placed around the exterior of the Capitol grounds, Thursday, Jan. 7, 2021 in Washington. (AP Photo/John Minchillo)
1 of 3

Fencing is placed around the exterior of the Capitol grounds, Thursday, Jan. 7, 2021 in Washington. (AP Photo/John Minchillo)

LOUISVILLE, Ky. (WDRB) -- The FBI on Monday arrested a 22-year-old Kentucky man on charges stemming from the Jan. 6 riot at the U.S. Capitol.

Jordan Revlett is accused of unlawful entry on restricted grounds and violent entry or disorderly conduct on Capitol grounds, according to  the FBI in Louisville.

The FBI arrest warrant claims Revlett posted a 42-second Snapchat video that shows "a chaotic and noisy scene of a stream of people ascending the steps to an entrance of the Capitol building."

Shouting and chanting can be heard in the video and a male voice yelled "We're in the f****** Capitol,"  Special Agent Lynda W. Thomas wrote in the warrant.

"The video clip was recorded from the perspective of someone who himself was walking around inside the building among the people depicted," Thomas said. "Chants of 'Let us through!' can be heard."

Later, Revlett said on social media that "just so you guys know a capitol police officer opened the door from inside to let us in," according to Thomas.

The FBI was tipped off by an "acquaintance" of Revlett who had a "screen record" of Revlett going into the Capitol and also posting a picture of his face on social media "stating what happened at the building," according to the warrant.

In a Jan. 15 interview with the FBI, Revlett said he had traveled to Washington with his family to hear then President Donald Trump speak.

After the speech, Revlett said he and his parents went to the Capitol and he walked around inside, adding that he did not see any signs restricting entrance, according to the warrant.

Revlett told the FBI he didn't destroy anything or participate in any violence.

But Thomas wrote in the arrest warrant that it is a crime to enter a restricted building and interrupt government business.

Several other Kentuckians and a student at the University of Kentucky face charges in connection to the riot in support of former President Donald Trump.

Damon Beckley was arrested Jan. 16 in Cub Run, Kentucky, just two days after he spoke with WDRB News about his experience inside the Capitol during the riot. Beckley identified himself in a now-viral interview outside the Capitol while an angry mob of Trump supporters continued to storm the building. Beckley was charged with unlawful entry of a restricted building and disorderly conduct on Capitol grounds, according to FBI Louisville.

Robert Bauer was charged with knowingly entering or remaining in any restricted building or grounds without lawful authority as well as violent entry and disorderly conduct on Capitol grounds, according to a criminal complaint filed against him in federal court. Bauer told FBI investigators that, after he entered the Capitol, a police officer inside the shook his hand and said, "It’s your house now," the criminal complaint says.

Chad Barrett Jones, from Cox Creek, Kentucky, was arrested Jan. 16 in Louisville. A criminal complaint filed against Jones in federal court says he faces charges of assault on a federal officer, certain acts during a civil disorder, destruction of government property over $1,000, obstruction of justice and unlawful entry and disorderly conduct on Capitol grounds. FBI investigators allege Jones used a flagpole to try to break through a door leading into a hallway that connects to the House of Representatives chambers during the riot.

Michael Sparks of Elizabethtown, Kentucky, was arrested Jan. 19 on charges of knowingly entering or remaining in any restricted building or grounds without lawful authority, violent entry and disorderly conduct on Capitol grounds and obstructing law enforcement. Documents released by the FBI contain screenshots from videos showing a man they believe to be Sparks breaking a window at the Capitol and climbing inside.